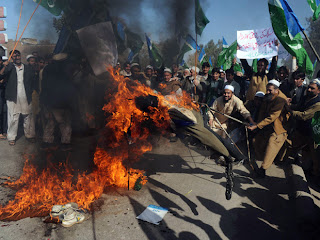 I was shocked to hear that US soldiers had accidentally burned a couple copies of the Koran that were accidentally placed in an incinerator. I realize that the Koran is a holy book just like the Bible. Burning it intentionally is offensive. Just like burning a country's flag is.

When that wacko false preacher in the States sent out press releases about his intent to intentionally burn a copy of the Koran, that was offensive. That is not something a Christian is supposed to do. Yet to kill someone over the burning of a holy book is in itself the epitome of hypocrisy.

The BBC is reporting 20 people have died since the protests began. The whole idea of murdering an innocent person because someone burned a holy books is disturbingly hypocritical. I don't think that is something the Dalai Lama or a Buddhist would do. Although burning a Bible is also sacrilegious to a Christian, I don't think you'll find many Christians who will murder someone, especially murder some innocent person, just because someone burnt a Bible. I think that says a lot about the two different religions.

The "activists" in Pakistan foaming at the mouth while they burn an effigy of the US look like crazed animals. They don't look like inspired holy men to me. So what does an enlightened sage really look like? Like Gandhi, the Dalai Lama, Mother Teresa or Martin Luther King perhaps. Someone who's life is evidence of a peaceful enlightened mind. Not a crazed lunatic foaming at the mouth in a drunken rage of vengeance.

The whole mission in Afghanistan was tainted from the beginning. Bin Laden was found in Pakistan not Afghanistan and there is a huge amount of evidence questioning his involvement in 9/11. Osama and Colonel Gadaffi were both executed without a fair trial. Something a democratic society promises.

Canada has been significantly involved in the Afghanistan mission. We have lost many good soldiers who went there to help the people of Afghanistan and gave their lives in their service. One name stands out in my mind. He was a reservist from Edmonton named Bill Turner. He was involved with the kites for kids program there. At his eulogy they said he was the type of soldier who would say "Hi, my name is Bill. I'm here to help." That was a good soldier. Just like the soldier who took his helmet off as a sign of trust meeting with some local elders and a crazed assailant attacked him from behind with an axe. That was a good soldier. He had also written about the missing women from the DTES.

Burning any holy book is disrespectful just like burning any country's flag is. Yet killing someone for doing so is shamefully hypocritical. We need to aspire to something higher. 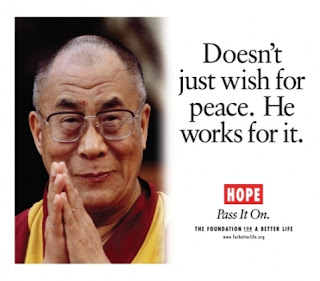