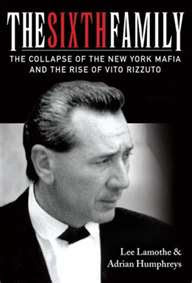 The Fifth Estate documentary was on again last night and this time I was able to watch it in it’s entirety. I will concede that there is a remote possibility that Sal the Iron Worker came to Canada and over did the demands for protection money and in so doing turned Rizzutos against Rizzutos. It is conceivable that Desjardins recruited the help of the Hells Angels to take out Sal to preserve the Rizzuto family for Vito’s return. However, I submit that there is also another possibility.

I don’t pretend to know anything about the Italian Mafia in Montreal. I have however, seen how the Hells Angels have done business in Canada. That pattern tends to repeat itself. In Western Canada the Hells Angels really haven’t been here that long. Before the Gypsy Wheelers patched over we really didn’t know first hand how they did business. Now we know. In a very short time they have completely taken over the drug trade and have used brutal violence to control that monopoly.

Now, let’s peak at the Hells Angels in Quebec. It all started with the Lennoxville massacre. They murdered their own and created a huge division that resulted in long and bloody biker war. In Winnipeg they killed one of their own and created a drug war there too, but let’s stay focused. After the Lennoxville massacre was the Death Riders take over in Laval. They conspired with key up and coming members and killed the president. Hours after the president’s funeral Death Riders members were seen meeting with Mom Boucher and Biff Hamel. There was no loyalty or honour in that. Kinda like a driver shooting his boss in the back and leaving him in a car trunk.

In steps Vito Rizzuto. 1981 he puts himself on the map doing a hit for the Bonanno family in New York. He then comes back to Montreal and takes over the drug trade. Yet someone else was also heavily involved in the Montreal drug trade at the time. The Hells Angels were fighting the Rock Machine for control of it. One source claims the Rizzutos gave the Hells Angels the heroin trade in the /80’s on the condition that they received a commission.

Think about it. We currently have this war going on in Montreal where someone is killing the Rizzutos but nobody knows who it is that’s doing it. Isn’t that strategic genius? To wage a war without anyone knowing you are doing it? That avoids an all out retaliation. The plausible deniability confuses everyone. Rumors circulate but no one knows for sure who is doing it. Someone is.

Firebombing a funeral home was out of the norm. That’s not something the Italians or Sicilians would do. But it is something the Hells Angels would do. Shooting Rizzuto in his home in front of his family with a sniper in the trees was not something the Italians or the Sicilians would do. That sounded more like the military. Yeah I said it. Who else was involved with operation Fast and Furious selling arms to the Mexican cartel and bring back tons of cocaine into the United States? Who else was involved with the arms dealing, drug smuggling and the money laundering out of Mena, Arkansas?

Who else has returned Afghanistan into the largest producers of opium in the world after the Taliban had that production almost completely stopped? The same organization that cheerfully submitted Operation Northwoods to the Joint Chiefs of Staff for his approval. So who's in charge of the drug trafficking in New York now? The mafia or the military? You tell me. Let's ask Al Martin and Bo Gritz. We can’t ask Chip Tatum, he’s dead. Just like Gary Webb, Danny Casolaro, Barry Jennings and Dr. David Kelly.