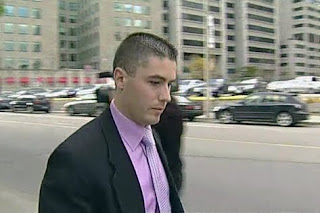 Charges against a Toronto police officer have been upgraded from manslaughter to second degree murder where a suspect was found shot in the back. The police claim this is a bad precedent and might cause officers to second guess themselves in a life or death situation. Although there is some merit to that argument, if an officer second guesses himself before he shoots a suspect in the back, that might not be a bad thing.

Compare that to the murder that set off the London riots. Here we have not just one officer who committed the murder of an unarmed suspect, but two different departments caught lying about the events in an attempt to cover it up.

An anti gang task force from the Scotland Yard was accompanying the London police when they went to arrest a suspect from the Broad Water Farm Estates. I’ve been there. I used to live in Brixton right by the front line when I was in London but did visit the Broad Water Farm Estate in the north once. They claimed that when they tried to arrest the suspect, the suspect opened fire on them, hitting an officer in the chest. They claimed that the bullet hit the officer’s police radio which saved his life and said that after he shot the officer the task force used deadly force to shoot him dead.

Only the ballistic report showed that the bullet that hit the police radio was fired from a police issued gun. So here we had the police shoot an unarmed suspect dead, plant a gun on his possession then claim he fired on them first only to be caught in a bold faced lie. That is what set off the London riots. Although there is no excuse for looting, harsh charges against those rioters without charging the police with breach of trust for killing an unarmed suspect then lying about it is a shameful injustice from the motherland.