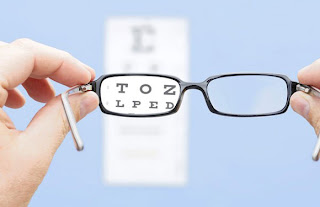 Last night there was a guy on the news from Ontario. He owns an eyeglass store and claims that producing eye glasses is much cheaper than they want us to realize. He just got out of jail because he was imprisoned for making eye glasses without a license to do so. The documentary is going to follow up on the monopoly that is gouging consumers.

Turns out that Lenscrafter is owned by a transnational that owns several other eye glass companies and their annual profit is in the billions. It reminds me of the monopoly and the political control the pharmaceutical companies have. How they exert control of rigid patents and gouge consumers. Unlike the man who found the polio vaccine and donated it to the public for free. Now transnational pharmaceutical companies gouge and exploit consumers all in the name of the almighty dollar.
Which also reminds me of the Rockefellers and their corporate control of oil company monopolies that gouge us at the pumps. We are starting to see it again recently how they are scamming us at the pumps with more daily increases just because they can. Vancouver’s intent to set up more electric car charging stations is a welcome incentive. As long as they don’t continue to turn BC Hydro into another Enron that is.