The Association of Independent Grow ops 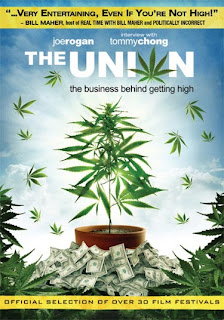 Looks like it's time to form a Union or at least an Association of sorts. Hells Angels being accused of ripping off their own growers? A Hells Angels grower recently found dead in a ditch? Hells Angels accused of using violence to take over independent grow ops? Another Surrey guy caught speeding outside Kamloops with a gun and a cell phone jammer. We won't know his name until April 23rd but Haney runs Kamloops. I think it's time growers pull together and form an association.

Obviously, there are two ways of doing this. Some will ask for help from the UN or the Rock Machine. Those enforces will shoot their enforcers until everyone is left blind or at least shot. The other way is to go legit. Get a permit for a medicinal grow op and just grow for people with a prescription. Once you do that, you can call the police any time the Hells Angels threaten to take over your grow. Since their threats entrench their criminal organization status, every time they make a threat, the police need to seize a clubhouse or piece of their property. Cause and effect. The seizure of the Victoria clubhouse has been upheld. Time to take the next step.

Growers have a right to be independent. The Hells Angels greed and injustice has gone too far. When the Hells Angels use violence to take over existing grow ops, they ruin things for everyone. A free market is a free market. Some people say they like to buy pot from the black door because they always give you a fair price and it's always a good product. If that was the case, then that should be enough to drive their business. Customers would go to them because they could be trusted. Customers would be happy with the price and the product. Back in the day, customer service mattered.

Now they just use extreme violence and beat the tar out of anyone selling or they shoot their competitors. That is not a free market. It opens the door to a whole world of deranged violence driven by greed. It's time to rat out the real rats and stop the deranged violence.