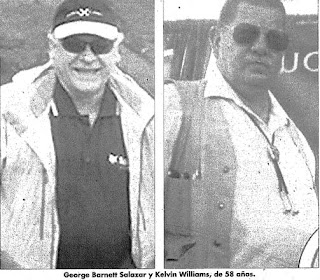 We haven’t heard much from the UN after the arrest of Clayton Rouche and the crack down after the UN were charged with shooting at the Bacon brothers outside Tbarz in Surrey. Other than the recent UN member who was murdered in Mexico.

One reader sent me these articles about two UN members they claim were arrested in Mexico for money laundering. I can’t read Spanish and the pdf files won’t cut and paste in a online translator but I will link to the articles for your reference. Basically, the UN do what the Hells Angels do but are more on the radar so to speak.