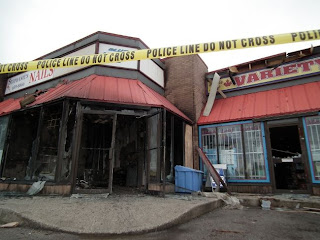 Late Wednesday, three of the men police arrested — two from London, one from Brampton, Ont. — appeared in court via video to answer charges related to the shooting. All three men are black, giving credence to the police theory that biker gangs — which don't usually allow black members — aren't responsible for the recent violence.

Hold the door. Greg Wooley was Black and the Hells Angels certainly used him. They made him a member of a puppet club in Quebec called the Rockers and put him in charge of his own gang called the Syndicate. That way the White Supremacists were able to supply all the Crips in Montreal with cocaine. Buyer Beware.