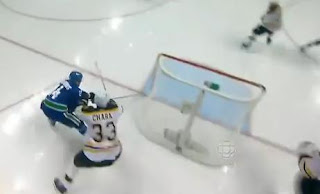 How about Burrows overtime goal against Boston? That was magic. Like the commentator said, I don't know about game one but in game two Burrows sure took a bite out of Boston. They were all complaining and claimed that Burrows bit a guys finger in game one. In the photo it just looked like they were pushing and the Bruin stuck his open hand in burrows face and crammed his finger in Burrows mouth. It sure didn't look like he pulled a Mike Tyson and intentionally bit the guy. Moral of the story: Don't stick your hand in his face. 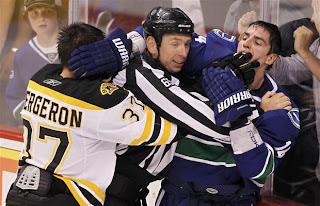