Canucks get their ass kicked 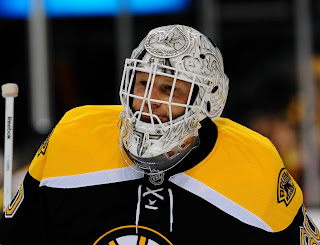 Obviously the Canucks are still in this. Obviously it would be better to win the cup on home ice and obviously we completely got our ass kicked tonight. Sure a win by one goal in overtime is equal to a win by seven goals of regulation time but this slice of humble pie showed Boston's greatness.

Luongo had a bad night. It can happen to anyone. He's still our man. Give respect where respect is due. Tim Thomas was on fire. He had a good night. Tomorrow is another day. Win or lose, I think it's important to keep things in perspective. When a lot of people are gathered together in one spot all it takes is a few low life losers to turn things sour in the after game celebrations.

Rioting over a hockey game is really stupid. Vandalizing and looting has nothing to do with hockey. It's just a few dirt bags seizing the opportunity of an angry crowd. We can still shine in defeat as well as in victory. The funny video about the Bruin fan in Vancouver was right. Vancouver is a beautiful city. There is no need to trash that beauty by letting a few scum bags riot.

I do think we'll win the cup but I do realize it's far from over and it could easily go either way. Canada won the gold in the hockey at the Olympics because they won the key games which were close. They did have some setbacks along the way. Even if we win the series and take the cup I think it's important to acknowledge that in game 3 Boston kicked our ass. Yet even with this defeat, it's far from over.

Let's hope Nathan Horton is OK. No one like to see those kinds of injuries in a hockey game. What does this have to do with organized crime? Absolutely nothing. But let's face it, the Canucks in the Stanley cup playoff finals overshadows everything.