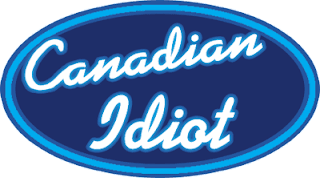 I suppose we've all heard about the 31 Hells Angels and associates who were arrested in a large drug sweep in Quebec and had their charges dropped by an insane judge who felt that some time in the future they would be denied the right to a speedy trial. Some time in the future. Like that's not bizarre.

Well it turns out in 2005 this same judge lifted all 14 restrictions on serial killer Karla Homolka, imposed by the court before she was released from prison which thankfully the Quebec Government appealed. Thankfully the Quebec government is appealing this insane decision as well.

Peter Leask is a court judge in BC that most of us here think is a complete idiot. He is either inept or corrupt. It appears that James Brunton is Quebec's own version of Peter Leask. Our condolences to our brothers and sisters in Quebec. Keep the faith. J'imagine.

Et merci pour Luongo. The Montreal Canadians have made some significant contributions to the sport for generations with Ken Dryder, Guy Lafleur and the crew. They made us all proud when we were kids. This year it's finally Vancouver's turn. Can you believe that? Yet Joannie Rochette is still the queen of our hearts.