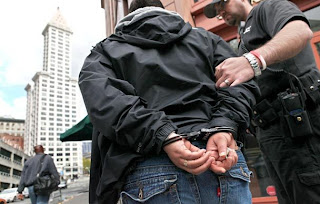 Last week the Vancouver Province printed an editorial about how the war on drugs has been a failure so we should give up. Right after an election that saw the Harper government get a majority. They also published a second editorial by Jon Ferry which made much more sense.

I wrote in and said we should draw the line at pot. Decriminalize pot is fine but legalizing crack or crystal meth is irresponsible. Someone else wrote in stating the claim that the war on drugs has been a total failure is puzzling and an insult to Singapore and Sweden. Two successful models where it has worked.

We all talk about the New York model. That model succeeded through enforcement which is one of the four pillars the drug dealing activists ignore. They just keep screaming harm reduction over and over again until we become complete enablers for the drug war. Oh but wait, we already are.

The war on drugs hasn't been a failure, the emphasis on harm reduction has. The New York model means arrest the drug dealers not the drug addicts. I support that model.