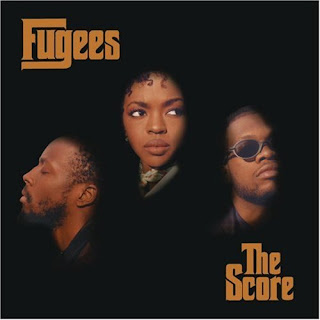 The Fugees sang a song that said Too many MC's not enough Mic's. Indeed there is. MC also refers to Motorcycle club as opposed to OMG which means Outlaw Motorcycle Gang. Unless your a teenager on the Internet where OMG would mean oh my god as in wtf.

I have no problem with MCs as in Motorcycle clubs. I have a problem with the Hells Angels claiming ownership of the term and claiming no one else is *allowed* to use the term MC without their permission. That is absolute bullsh*t.

I have a problem with people using the term MC or OMG to sell drugs. That was not the intent of the MC movement. Now we have all these groups fighting each other for the right to sell drugs. It's all about greed and nothing to do with riding motorcycles.

I admire the Rock Machine for standing up to the Hells Angels but I don't support selling hard drugs. The Hells Angels taking over all the grow ops and saying that no one is allowed to sell pot but them is bizarre. Yet so is fighting the Hells Angels just for the right to sell crack. If everyone stopped selling crack and everyone just minded their own business and sold pot to whoever would buy from them, there would be no need for all the drug related violence. The violence is from greed. Yet your still unhappy with your riches because you're piss poor morally. Just ask TI.

I have a problem with people like the Hells Angels or the Bandidos from Texas who use the term brotherhood when they have no idea what that term means. Murdering a brother is being a rat. I have a problem with them using the term L&R when they have no idea what that means. There is no respect in torturing crack addicts and there is no love when you mutilate and murder a brother for $400.00. There's no love when his grow op gets busted and you charge him double and threaten to kill him if he doesn't pay up right away. There's no love when you murder his girlfriends mother and burn down her house. That is f*cked up and so is anyone who does that kind of sh*t.

Everybody wants to be a freakin cowboy when all they are is just another bitch. Tupac talked about the Ghetto gospel. Have you ever had rice and peas? Black eyed peas cooked in the rice with some curry mutton and a pint of Guinness. Now that's what I'm talking about. Diversity. All this white supremacy Nazi bullsh*t is totally f*cked up. That is what we fought in the trenches on foreign soil to oppose. We're certainly not going to embrace it here.

This isn't the ghetto. This is the toilet but it doesn't have to be. Eventually we will take out the trash. We have to get out of the fish bowl and realize other places are not like here. Why do we catch onto fads 20 years after they're out of style? We gotta start making changes. We need to emancipate ourselves from mental slavery. We need to get up and stand up. Until then I'll C U When U Get There. I'll see you on the other side. 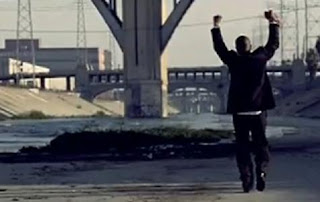