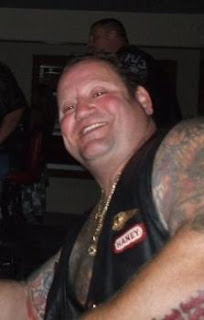 One of the young kids at work said his father told him when he was young that if he ever wanted a stripper to have sex with him, offer her blow. He was like gee thanks for that tip Dad. I can't remember how old he was at the time but he said he was under 16 when his father shared that with him.

He didn't tell me out of pride bragging about how cool his father was. He told me out of shame out of how embarrassed he was of his father. So what does that mean, his father is going to cheat on his mother with hookers and blow? All of a sudden that changes the perspective. Kinda like when your daughter comes of age. It changes how you see girls your daughters age. At least it should.

One of the common elements I see with these OMGs as they try to recruit on the Internet is how they love to post pictures of themselves with strippers. You're cool alright. About as cool as a pedophile. When are these old farts ever going to grow up? Who can afford cocaine now a days anyways? If you're not a doctor, lawyer or Corporate lobbyist the only way you can afford cocaine is if you sell drugs and if you're selling drugs just so you can use drugs, what's the point? The rest of us are struggling with paying for braces and college.

Somebody said Stocky from the Haney chapter had a stroke and died. I have no idea if that's true but if it is, my condolences. Initially I thought Stocky was one of the few that didn't have to use the date rape drug his chapter associates sold because he was well built. Although he did have a reputation for liking to party and for being a fan of hookers and blow. Perhaps that's what caused the stroke.

Yet I did find one of the details about one of his arrestes somewhat disturbing. I mean his assault charge not when he was arrested with a kilo of cocaine, 30 pounds of marijuana and a gun. He was charged with assaulting a police officer. It was the events that led up to the assault that were disturbing.

Vincenzo Brienza was charged after his Jeep was stopped by police responding to a 911 call reporting that three men and a sex trade worker were in a Jeep-like vehicle and the vehicle was rocking on April 14, 2005.

When officers tried to search the vehicle, Brienza and another passenger struggled with them. Brienza, who was sprayed with pepper spray and struck several times with a baton, was convicted of punching a sergeant in the face.

Haney chapter were the ones that attended parties at Piggy's palace. Stocky's brother Romano Brienza was the former president of the Regulators. That was Juel Stanton's crew. Are we beginning to see the connection?

Stocky's brother Romano passed away on May 1, 2005 at the age of 38 years. He was acquitted of cocaine charges from a 2001 arrest.