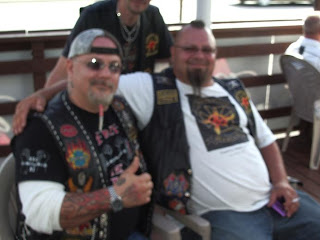 Looks like our friendly dweeb Tannant from the Anarchy bikers finally hooked up with Stephen Harper himself sporting his new play offs beard. Well it looks like Stephen Harper. They both have the same hillbilly thumbs up sign. Some how I think they'll need more than that to take on the Tingley's. Maybe it was just another add for the HST. 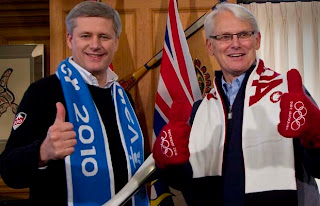 Then again, it kinda looks like Leo Gallant. Maybe Leo was just trying to get Tannant to play in his hillbilly country rock music band. Leo is great at the guitar. I hear Tannant sings like a girl. 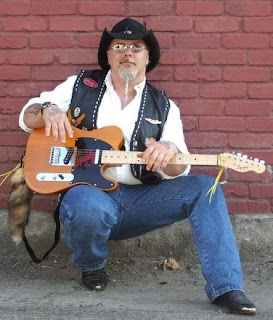 Then again, they're probably just recruiting for their softball team in Campbellton, New Brunswick. That must be it. The Anarchy bikers are just a softball team. 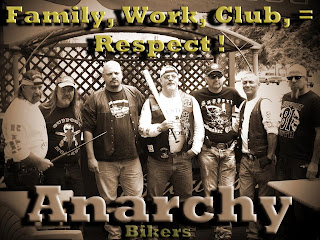