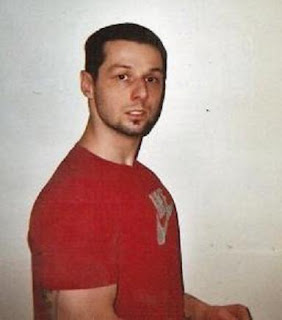 The Vancouver riots were very disappointing. Small losers empowered by the mob thirsting for their five minutes of fame. Yet times are changing and mob rule just isn't cool any more. People are ratting out their friends and making fun of them for being jerks which is a good sign.

Take Stephane Gillet. From the outside he looks like a really nice guy. You'd never know that by looking at his criminal history. He has this huge chip on his shoulder. He wants people to think he's deranged so he commits deranged acts of drug related violence. Even against women and children. Oh his fan denies that but even the French version of the article admitted he kidnapped a woman and children at gun point. The English paper just got that event mixed up with one of the many other violent acts in his criminal history.

Ya see he doesn't want you to think he's a nice guy so he overcompensates by doing bizarre acts of violence and the new leadership of the Rock Machine is goating him on. What a shame. There's nothing noble in a drug war. No one wants to bring that back. No one in Quebec or Vancouver. The public won't stand for it any more.

Drug wars are not noble. They are just about money and greed not honour or brotherhood. They betray their own for the almighty dollar. The good news is that people can see through them and don't think that kind of off the hook violence is cool so they are using social media to report them to the police. Welcome to the new world.