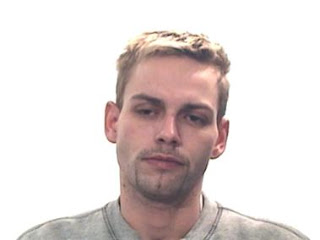 Monday Dustin Paxton faced the beginning of three trials on 11 charges against 4 people. Paxton is accused of the aggravated assault and forcible confinement of his former girlfriend, who was 17-years-old at the time and cannot be identified.

News reports claim he met her at the Mustard Seed in Calgary when she was homeless and addicted to crystal meth. She claims their relationship became increasingly violent but did not report it to the police. Officers learned of the assaults while investigating the beating of Paxton’s former roommate.

The incidents involving his roommate, who also cannot be named, allegedly took place over a 14-month period. In April 2010, the victim was dropped off at a Saskatchewan hospital severely malnourished. The room mate cannot be named but we all know who he is and we all wish him well.

The case involving Paxton's girlfriend introduces crystal meth into the equation. Some claimed Paxton sold drugs. Others claimed Carl Nyberg, an employee of the same small moving company, had ripped off the Hells Angels and had disappeared. It was that missing room mate's car they drove from Calgary to Regina.

This new artcile claims the woman who Paxton assaulted was a self-admitted drug addict at the time and she said she started frequently staying at Paxton's home where she would spend her days smoking marijuana and using crystal meth with Paxton and his roommate.

If Paxton sold drugs, who did he sell them for? I know there is a great deal of effort to portray Paxton as a wacko who is a repeat offender of violence and is solely responsible for the injuries his former room mate incurred. I know the family admittedly denies that the Hells Angels were involved in any way, shape or form.

They claim the fact that the former room mate who was tortured at one time testified in a murder trial where someone he and his brother knew, murdered a beloved Hells Angels associate had absolutely nothing to do with the motive behind the torture and injuries Paxton inflicted upon him.

Perhaps not. Yet Dale Donovan, Sean Wolf and Corey MacInnis were all friends and associates. Corey, known as Tiny Mac, was a founding member of the Winnipeg Hells Angels and was friends with Sean Wolfe who became if not a Sargent in arms for the chapter at least an enforcer. Corey and Sean were accused of threatening a young drug dealer with a gun and beating him with a hammer. Those charges were dropped when the victim refused to testify.

The point is, Dale and Sean really liked Trevor Savoie. Trever was a small kid who sold drugs for the Hells angels through the Zig Zag crew. The police claim that Dale was so upset about his murder that he got a tattoo of the young kid as a memorial. This photo is of Sean Wolfe comforting a friend at Trevor's funeral.

Corey MacInnis escaped conviction in the Zig Zag crew round up because he had moved to Calgary after he was stabbed and had his deadheads covered up with a pair of ugly fish. Yet he still continued to be an associate. He later advertised for a Calgary tattoo parlor that sold bongs and drug related paraphernalia.

The Paxton torture case drew a lot of attention on the Internet. Everyone and their dog were discussing every conspiracy theory possible to try and figure out why the room mate stayed to endure that kind of horrific abuse. Some thought he was addicted to crystal meth and stayed for the drug. Others thought the threat of being hunted down by the Hells angels caused him to stay. Others thought he was in a gay relationship and stayed for the same reason a battered wife would.

No one knows the real reason he stayed and I highly doubt the real reason will ever come out in court. Someone contacted me and claimed Tiny Mac was involved. Others claimed he was abducted by aliens. Personally, I think if drugs were involved in any way, so were the Hells Angels. I would think that argument would have more merit then the claim it was aliens.

Yet the fact remains. Dale Donovan, Sean Wolf and Corey MacInnis were friends and associates. Dale and Sean were in prison but Corey was living in Calgary at the time. If Paxton was selling drugs it is highly unlikely he was a free agent.

The fact remains that Dale and Sean were very upset about the murder of Trevor Savoie. The room mate's mother lied and said the only reason her son testified in that trial was because he lived in the same neighbourhood as gang members. In reality, the son who was tortured and his brother both knew the shooter. The shooter stayed in their home briefly after committing the murder.

Point granted, the room mate who was tortured's testimony in that Hells angels murder trial was insignificant. He simply said yes the shooter stayed in his home with his brother for a few days after the shooting and was acting very erratic. Yet we all know that when the Hells angels retaliate, they retaliate against someone's friends and family as well.

Like I said, I highly doubt we will ever know who else was involved in that torture case. We do know Paxton was because the room mate said so and he will go on trial for it. The fact remains the Hells Angels were deeply involved in the drug trade in Winnipeg and used violence and extortion to control it. 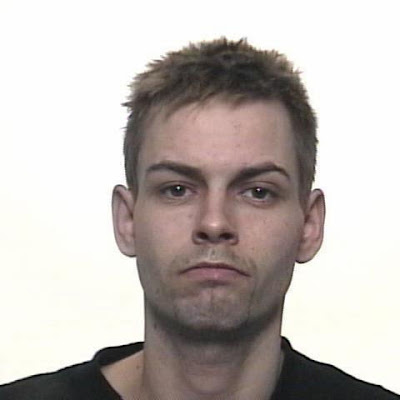