Preserving the Integrity of the RCMP 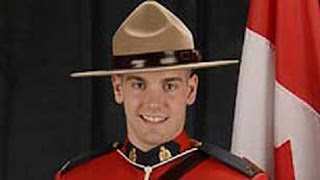 The charges against some of the officers investigating the Surrey Six murder trial are making big news. As a result some are questioning whether or not we should renew our contract with the RCMP. I believe there is no question we should.

Without question the RCMP have taken public hits to their credibility. The Taser death at the airport and the subsequent perjury charges are one. The Kelowna officer kicking a suspect in the face while he was kneeling on the ground is another. That is the same officer who assaulted a driver who he thought was stealing a boat when in reality he was employed to repossessed it. He was driving the company truck but the officer took no time to hear him out.

Although there is a huge problem with a lack of accountability the police have to the public, that problem is by no means limited to the RCMP. The VPD gave the wrong guy the boots. Why the VPD let the Hells Angels sell drugs in East Van is also suspect. The New Westminster use of force trainer was caught abusing his authority while he was drunk off duty and assisting other officers from the Delta and West Van PD beat and rob an innocent victim.

We need a civilian agency that oversees police complaints that is accountable to the public. Smaller agencies have a tendency of forming exclusive old boys clubs. That's not to say the old boys club can't exist federally either. Large cities can and do have their own police force. I personally don't think a Regional Police force is the answer to the accountability problem.

Don't get me wrong, something does need to change. Public accountability needs to be introduced. Before we change from a federal police force to a regional police force we need to establish a civilian agency that overseas all policing in the province. That is conclusive.

I despise the fact that Harper the Liar is cutting funding for the RCMP and the Gang Task force while spending millions on advertising promoting the RCMP brand. It is hollow and hypocritical. Yet I do believe the RCMP have a noble history worth restoring and protecting. We do that through a civilian agency not through a Regional Police force with no public accountability.

Posted by Dennis Watson at 2:07 PM