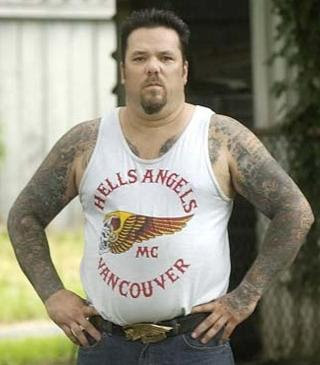 This is Robert Thomas. He is a petty thief and now a murder. He's on the lam. If you know where he is call 911. He has a long record for B&E and theft back in Ontario. Yet in 2005 he was charged with PSP in Kelowna and later found guilty. Possession of Stolen Property.

Turns out that senseless murder in Kelowna involved Robert Thomas and another Hells Angel as well as the president of a Hells Angels puppet club. This criminal act documents the criminal association of the Throttle Lockers with the Hells Angels. Both organizations should have their clubhouses seized under the criminal organization legislation. 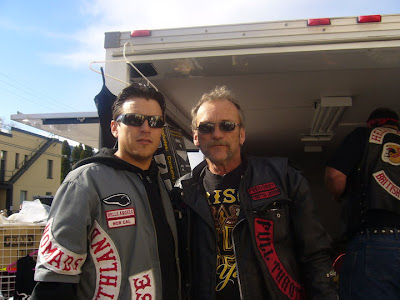 Norman Cocks is seen here with his father Bob Cox. Norm is a full patch member of the Hells Angels and his father Bob is the very short president of the throttle Lockers. 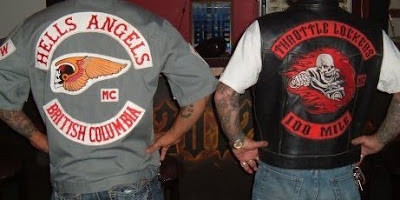 There is no loyalty owed to this criminal organization. Rob Thomas is a petty thief and a bully. There is nothing noble about him. Bob Cox is this tiny guy who wants to be someone and just flushed that dream down the toilet by committing a senseless act of murder. This kind of violent oppression needs to stop. Report them. I'm not just talking about this murder. I'm talking about the Geoff Meisner and Brittney Irving murder as well as Joey Arrance's girlfriend's mother. These criminals are the rats who are murdering good people. We need to report them to the police. If you don't want to do that, then contact me. I respect confidence fully.