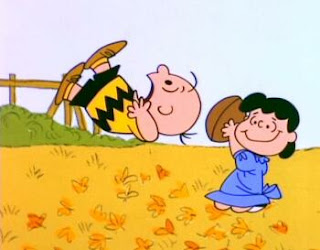 Yes losing the Stanley cup in game seven was a disappointment. Even though that loss was completely overshadowed by the shameful after game riots, something should be said about the game.

Hat's off to Tim Thomas. He was a consistent champion. After getting our asses kicked so badly in Boston we hardly deserved to win the cup. Even though it was a long time waiting.

Historically, Vancouver has never really had a great hockey team. That's what made this year so special. Dealing with loss respectfully is an attribute of a die hard Canuck fan. It's irritating to see band waggon jumpers, jump onto the band waggon at the last minute when things are going well, then be the first to jump off the band waggon as soon as things go wrong.

Being a true Canuck fan means supporting your team in victory and in defeat. The Grizzles rarely won a game but we loved having them because we all wanted to see the big names from the NBA visit. Let's face it, we suck at basketball. In fact we suck at baseball and soccer too but who cares about baseball. That ranks right up there with curling and golf. OK Tiger Woods made golf interesting but without Tiger golf is pretty boring. Soccer is interesting so we still support the Whitecaps even though we never make the World Cup.

Hockey is the only thing Canada is good at. Well certainly not the only thing but the only professional sport. Yet the violence on and off the ice needs to stop. It is just a game. The on the ice violence in hockey is becoming like the WWF. Wrestlers have to keep outdoing themselves with more and more dangerous stunts until someone really gets hurt. That's not what it all about. Defending yourself is one thing but being a bully is another.

So I'm not going to burn my Canucks jersey. I'm going to still wear it with pride even though a whole bunch of lawless losers have stained it. My response it to find pictures of people committing unlawful acts of violence that night and identify and report them to the police. After all, this is our city and no huckleberry hillbilly is going to destroy it. Not if we have anything to say about it.