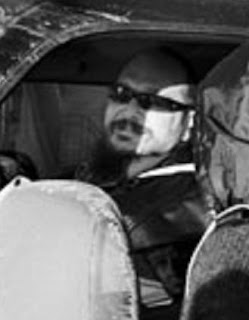 Paul Sasquatch Porter's involvement with drugs and theft is suspicious. Paul leads the Ontario Nomads. As we know the Hells Angels in Ontario have been almost exclusively involved in the drug trade. Hells Angels Niagara under Gerald Ward were nothing but old men on Viagra who dealt drugs. Oshawa had their clubhouse seized.

The Ontario Nomads are based in Ottawa. They were investigated for being involved in a multi mullion dollar armoured car heist in 2005. Nick Neros from Niagara was charged in a armored car robbery in 2003. and received a seven year sentence. Nicola Nero of Niagara Falls then received a nine year sentence for selling cocaine to a police informant while on bail for stealing the $2.7 million from an armored car in 2003.

In 2004, police arrested Paul Sasquatch Porter and claimed he was the leader of a Hells Angels car theft ring that operated in Ontario and Quebec.

Hussein El-Hajj Hassan was an Ottawa cocaine dealer who was murdered for trying to cut out the middle man and deal with his supplier directly. He was supposed to meet Paul "Sasquatch" Porter the night he was killed but Porter claims that meeting never happened and that he didn't recognize Hassan's photo in court.

It kinda makes you wonder if he was really trying to cut out the middle man or if he had simply been the victim of a grow rip and was making too much noise about getting his plants back from the powerful person in Ottawa.