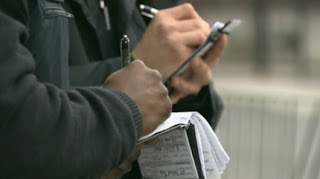 Kim Bolan raised some interesting points about the Vancouver riot. She recounted how the rioters that were caught vandalizing things and assaulting people at the beginning of the Olympics basically got off with all but one of the charges being dropped. No wonder they came back to do it again.

The other point she raised was about how the current judicial system is in such a crisis having laid off all those sheriffs which has resulted in trial delays and adjournments. Convicting rioters would be expensive and the current system is out of money. Or is it?

Let's think about it for one minute. Gordon Campbell and Stephen Harper know how dead set against the HST the citizens of BC really are. They are spending a huge amount of tax dollars on dishonest adds trying to get us to vote in favor of raising taxes.

Laying off the sheriffs and putting the judicial system in a manufactured crisis was a publicity stunt. OK Gordon Campbell isn't there any more but all his former cabinet members are. All his MLAs that unilaterally drove ahead with the HST contrary to pubic opinion are there. Christy Clark is just a poster girl to resell it like Kim Campbell tried to resell Brian Mulroney's GST.

I don't believe there is a huge budget shortfall. These are the same people that closed Riverview and closed seniors homes while they gave themselves two huge pay raises and the very gold plated pension Campbell campaigned against when he was initially elected. They are inherently dishonest.

And just for the record, the HST is very much the Harper Sales tax. Harper was the one that bribed Gordon Campbell to push it through in BC. All the CONservative MP's towed the party line by voting in favour of it. Donna Cadmen said she opposed it but ducked the vote because she wasn't allowed to vote against it.

Kim Bolan suggested that since the system is so over budget, we should drop all the vandalism and theft charges and just proceed with the violent charges so we don't run out of money. Hold the door. The system isn't out of money and setting cars on fire, breaking store windows and looting businesses are violent crimes. Rioters getting in fist fights with each other is a natural consequence. We cannot drop charges against people who set cars on fire and loot businesses.

The answer is simple. Fine them. Fine them like you would for a parking ticket. If they want to, they can fight the parking ticket but they don't get a free lawyer to do so. If they don't pay the fine they don't get their car insurance renewed. It's that simple. This would save a ton of money and might actually pay for itself in fines. Not only that it would be easy to enforce. If a thousand people broke windows and stole things a thousand people could get tickets for vandalism and it would be totally manageable to enforce.

As one poster pointed out, dropping the charges against those caught on camera setting cars on fire, vandalizing and looting businesses will only see the problem increase dramatically. Issuing City fines for rioting like parking tickets would actually work. It's no different that red light cameras. You don't have to get a search warrant to find stolen property. That is way too costly and time consuming. If they are caught on camera looting and vandalizing then fine them. However, I do agree that the villains caught ganging up and assaulting the heros that were defendign persons and property should be criminally charged to the full extent of the law.