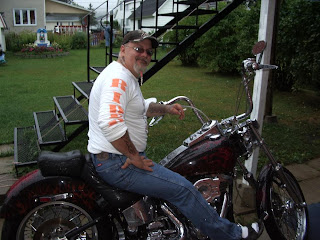 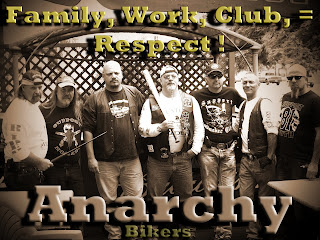 What I want to know is who are the other guys on his secret softball team? Leo looks like a country music singer. Not that there's anything wrong with that. He's actually quite good. Maybe it's more R&B. Anyways, in the second photo when Leo is holding the baseball bat, he looks like he's going to play baseball. But that other guy on the far left with the telescoping baton. He looks like he's gonna break your knee and crack open your skull. That skinny guy from Quebec, he looks like a firearms technician that specializes in explosives.

These other guys in the photo with Leo look like bad ass mother f*ckers. One source claims that when their secret softball team play softball, people disappear. So they say. I'd like to get some names and stats for these guys. Actually these guys I rather not f*ck with at all but there has been some interesting allegations that involve them which would be worth investigating further. If ya know what I mean. 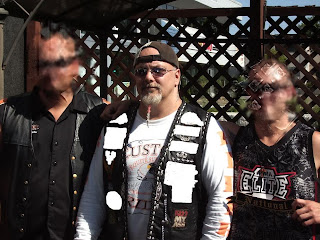