Making money from misery in Surrey 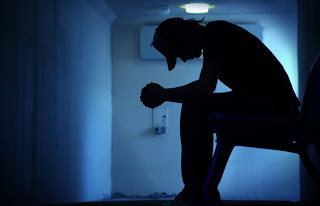 The Surrey Now ran a bizarre full page article about rogue recovery houses that prey on the addicted in Surrey. I know the Front Room is basically a drug house but that's a shelter not a recovery house. It is unwise to put a homeless shelter beside a needle exchange then give them in and out privileges all night. They don't even get in and out privileges at the Dell. As a result the Front Room is just a Provincially funded drug house where the staff are regularily abused. The Front room shelter and the needle exchange share the same civic address: 10667 135A Street, Surrey.

The recovery house scams are shocking. "There's good money in recovery houses; 10 clients will gross the operator nearly $6,000 a month and those who exploit their clients by providing substandard accommodation and meals can realize a tidy profit."

Corey is a 22-year-old recovering crack addict who lives in one of Robinson's recovery houses. He's been wrestling with substance abuse of one kind or another since he was seven. He spent four weeks in a recovery house run by an organization that has at least five houses in Surrey.

"They got $560 a month from me and it was pretty much just a meal a day and a bed to sleep in. I wasn't put on any restrictions and I was allowed to keep my phone," Corey said. He said within the first week of his residence there, he and the house monitor - the person in charge of the place - were on their way to a recovery meeting.

"While we were out, the monitor bought some crack. Both of us were using crack. After a while, I figured there wasn't much point being there."

Steve Burke and Charlie Morton both live in Whalley and both have bad recovery houses in their area. They claim the majority of recovery houses have more residents than the rules allow, are poorly managed, and are nothing more than money-making enterprises that take advantage of people who have fallen on bad times.

"We have more compassion for a dying seal on a beach than we have for human beings in our city. It's not right. I think the province is misappropriating our tax money, supposedly to help these people, and they're not doing anything."

Burke agreed. He said profit is the prime motive for most recovery house operators. "You can't make a profit with just six people in that house. You've got to have more people there - a lot more."

City hall can only regulate zoning and land use; it has no direct control over the recovery process itself. Nobody knows for sure just how many drug and alcohol recovery houses are operating in Surrey. Some estimates run as high as 200, but Surrey's mayor thinks the actual number is smaller.

"From what I understand, there are about 130 here in our city," Mayor Dianne Watts told the Now. However many there are, the vast majority of the recovery houses in Surrey - about 90 per cent of them - are not subject to provincial regulation and inspection and that's a problem. It's a problem for the city, for police, but most of all, it's a problem for their residents, addicts trying to get clean and sober.

The situation dates from December 2001 when the government of former premier Gordon Campbell changed the rules governing recovery houses. The Liberals amended the Community Care Facility Act to create a new class of facility called supportive recovery residences that are not required to have a provincial licence to operate.

In order to qualify as a supportive recovery residence, operators are required to provide "a safe and drug-free environment" for recovering addicts, but cannot "provide most or all of the services" required of licenced houses. The changes essentially created a class of boarding house for those addicted to alcohol and drugs.

In many cases, what it created was a network of flophouses where people trying to overcome addiction are exploited by unscrupulous operators who take clients' welfare cheques, but deliver little in the way of support or supervision.

Posted by Dennis Watson at 2:33 AM