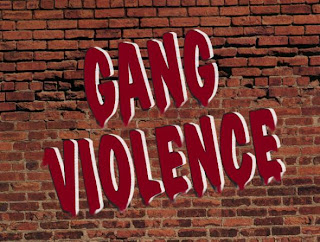 Just to recap, Winnipeg is under fire due to their mini gang war between the Hells angels and the Rock Machine. When the Hells angels killed one of their own to let the Ontario Hells angels take over the drug trade in Thompson Manitoba it created quite a rift in the omg community. Again.

Just for the record, the Kelowna cease pool has become a toxic wasteland because of the Hells angels not because of immigration. Kelowna still is a wonderful place. Yet people with Hells angels associations are still dying. Two Hells angels publicly beating a father to death with baseball bats and hammers has been the pinnacle of the depravity. The new strip bars with alleged Hells angels ties in that same community is an absolute offence. Sure it may be full of Russians. Tbarz is full of Indo Canadians. Randy Jones still owns it and it was still the central hub in a cross border cocaine ring according to a US indictment.

I'm also shocked and disappointed to hear people publicly denouncing multiculturalism and claiming it's socialist. A free and democratic society guarantees religious freedom. That means Jews are allowed to be Jews and Muslims are allowed to be Muslims. It does't exclusively apply to Christians.

A free and democratic society protects citizens from discrimination base on race, colour or creed. The founding fathers of the US constitution were not socialists.

We need to think globally. The world is a big place with a huge population. Compared to the rest of the world population, Caucasians are the minority. It really concerns me that we seem to be taking a step backwards in time and promoting hate and division. Yeah I said hate because that's what it is. Ian Paisley was a paid minister and member of Parliament from Northern Ireland. He preached hate over the pulpit for a generation. That isn't what we need in Canada.

Although I respect and admire Jack Layton, I most certainly don't agree with him on every issue. He thinks we should legalize pot. I don't. I think we should decriminalize pot and prioritize going after the harder drugs like crack and crystal meth. I trust Layton a lot more than I trust Harper. Harper is just another Brian Mulroney. History has recorded Mulroney to be a liar and a fraud who scammed Canadian taxpayers out of a $2.1 million settlement based on a lie.

There are clearly some strange things happening in our political climate. Firing whistle blowers is wrong. Free speech, freedom of religion and freedom of association are fundamental principles in a free and democratic society. That's not socialism.