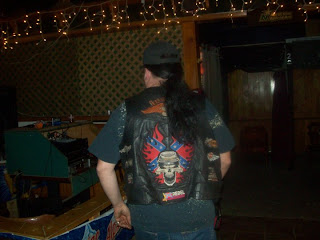 The Hells Angels biker gang was interested in purchasing a Fredericton strip club before the city decided to buy it this week, according to a councillor.

The Daily Gleaner claimed the bar was being eyed by Hell's Angels for a headquarters in the Fredericton area. Certainly possible with all the Hells angels expansion attempts out there.

What I don't get is if people in New Brunswick pay the Hells angels protection money, who's gonna protect them from the Hells angels since they murder and betray their own? Keeping those drug dealers out of town is a good thing.