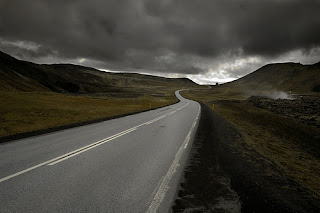 Obviously the gang war concerns us. Public and private violence is a legitimate concern. Seeing the loss and grief in Chris Mohan's mother's eyes is heart breaking. Ultimately, there can be no justice because nothing will bring her son back. Not even the death of those who murdered her son. Yet doing nothing mocks that wonderful life that was stolen.

Perhaps too much effort is put into trying to rehabilitate sexual offenders. Some call for mandatory castration. The objectives of the judicial system is not just to punish the guilty but to protect public peace. To prevent other victims.

Leaving murder and sexual assault aside, I do want to talk about rehabilitation. There was a Hells Angel who was caught selling crack at Surrey Central. He cried just like the Hells Angels caught selling date rape drug, said he was sorry and promised he'd change his ways. Although confession and remorse are the right steps to take, they aren't the only steps. Perhaps I was too critical of this individual. It's really not my place to judge him. I just thought the whole thing was suspicious since as a result of his real or fake tears, he only served one day in prison.

Yet I will agree change is not only possible, it should be encouraged. Kim Bolan interviewed James Coulter who was with the UN and had a crack addiction. He had gotten off the drug and started giving back by volunteering in East Van. This guy seemed legitimate. Not Like Tony the Hypocrite who was "helping" East Van prostitutes by selling them heroin.

Recently someone sent me the link to another reformed gang member who was now speaking to kids in schools. I hesitate to cite the web site or discuss it in a positive light because that might put him at risk. Yet if the Hells Angels are going to try and continue with their dishonest facade about not being drug dealers, then they really shouldn't have anything against someone speaking to kids against drugs and the gang life.

Dave Habib had a famous boxer come and speak against drug abuse to the boxers in his gym. Anyways, the guy's name is Tom Winget. His web site is called You can't reset this game. He is the former Sargent in Arms for the Manitoba Hells Angels. After doing time in the Zig Zag crew round up, he claims to have seen the light and now speaks to kids in schools about gang life. His conclusion is if kids get involved in the gang life there are two places that road will lead: prison or death. It's a pretty honest message. I certainly wouldn't want to see him die of an unfortunate accident for his work.

My whole point is yes people can change and yes that is our ultimate goal. Martin Luther King taught that the old law of an eye for an eye leaves everyone blind. As Christians rally in a mob mentally spirit of criminal vengeance I am reminded of Martin Luther King's conclusion when he said: "I've seen too much hate to want to hate and every time I see it I say to myself hate is too great a burden to bear."

Hate is too great a burden to bear. So is losing a child to violence. We should be concerned with preventing future victims of violence. The first step to rehabilitation is helping people overcome their addictions to hard drugs not by being enablers helping them perpetuate their addiction. Three months in jail for selling crack is not excessive. It is essential. Not doing so is negligence.