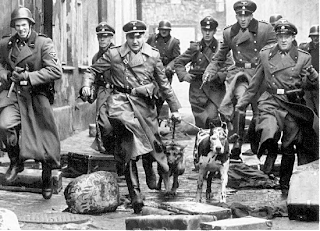 My first thought when reading the headline was another crackpot judge throwing out another gang related drug bust over a stupid technicality. Like the case where police when exercising a search warrant knocked on the front door but failed to knock on the back door too. Throwing out all that evidence over that technicality was absurd. Or setting Jon Bacon free after he was caught with two machines gun and a silencer.

However, this case is a little more complicated and warrants a discussion on the importance of the Charter and the right to be protected from unnecessary searches and seizures. Obviously that clause has many of us dealing with the violence of a drug related gang war frustrated.

Historically, the clause was added to the US Constitution after the founding fathers in the American revolution said they didn't want big brother meddling in their affairs all the time. The purpose of the clause was not to help organized crime. The purpose of the clause was to prevent us from becoming a police state like in a Communist country or under the Third Reich where citizens can be randomly searched at any time for any reason. It is easy to see how that could easily be exploited if the police simply wanted to harass someone for their religious or political beliefs.

The courts don't necessarily see it that way but I don't think we should change the Charter and water it down. The problem rises in what the police define as a gang member or a terrorist. If you are a Branch Dividian, does that make you a gang member or a terrorist? No it does not. What if you are a member of a trade union or a Muslim? Does that make you a terrorist or a risk to public safety? No it does not.

Protecting the charter is an important thing. Yet it is also important to remember the spirit of the Charter and the reason it was introduced. The purpose of the charter is not to protect organized crime it is to protect individuals right to freedom of association. Now that freedom of association does not include the right to commit crime or belong to a criminal organization and no, joining a bowling league or motorcycle club does not automatically mean criminal organization.

However, the case law has been long established that the Hells angels use the name and reputation of their organization to sell and protect people who sell drugs for them. It has become clear that the Hells Angels use puppet clubs to sell drugs and to commit crime for them. After it had been legally established that the hells angels are a criminal organization, their clubhouse was seized in Halifax. Changing the name of that clubhouse to Darksiders, Bacchus or Anarchy bikers does not removed the Hells angels criminal involvement and vested interest in that clubhouse.

We have seen televised fictional drama about police investigating large drug operations and how important timing is to make the bust. The comedy Bad Boys showed the police getting a search warrant in the middle of the night for an urgent application before the drugs were moved. Likely that was the intent of the police getting a telephone warrant from a court outside of their jurisdiction in the Richmond Ecstasy bust.

I have two points. First, the human ego is apparent. Judges and police are all human. They can and do sometimes become arrogant thinking they are god and the other organization is subordinate to them. As common as that seems, there is no place for arrogance or power struggles in law enforcement.

My other point is that in my opinion one of the most important reasons for requiring the police to get a search warrant is to see what kind of evidence the police have that would give them reason to believe drugs or firearms are in that locations. If the police are going to use dynamic entry with weapons drawn, then they better be sure they have the right house or the right suite number.

I do think knocking on the door is important. My father always used to object to ERT wearing balaclavas. He'd say if some guy with an automatic weapon wearing army fatigues and a balaclava comes baning on my door yelling open up it's the police, I'm sure not going to open the door. I have no idea it's not a terrorist.

Stun grenades sure sounds excessive too, especially when they get the wrong house. I realize that when making a large drug bust surprise is important. Every extra minute they take in opening the door they could be poring the drugs down the sink or toilet. Yet the whole idea of the police having a search warrant thinking that gives them the right to break down your door without notice and start throwing stun grenades anywhere they want is disturbing.

Protection from unnecessary searches and seizures, protection from arbitrary arrest and detainment, the requirement to be charged with an offense for an arrest and the right to a fair and reasonably speedy trial are indeed important rights in a world where strange things are happening in our political climate. The Constitution and the charter of rights in the spirit of the intent they were framed are still important measuring sticks to safeguard democracy. 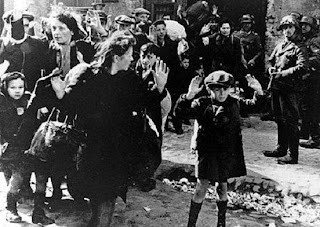