Reflections Cabaret and the Hells Angels 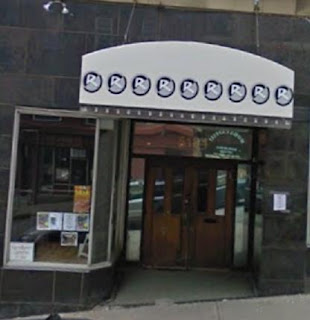 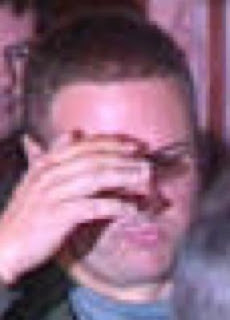 OK so I'm a bit slow. I'm from the West coast. I guess everyone back east already knew what Bacchus meant. According to Gay Halifax when the Reflections Cabaret opened and for some time after, people speculated that it was run by organized crime.

In 1997, the manager (and the article says, owner) at the time, Paul Albert Wilson, was accused of two Hells Angels killings: Robert MacFarlane, who was shot dead and William St Clair Weldelborg who died of a forced cocaine overdose after being badly beaten.

Julian Sher's book The Road To Hell: How The Biker Gangs Are Conquering Canada details the story of biker hit man-turned-informant "Danny Boy" Kane. His story touches on Paul Albert Wilson's involvement in several murders with the Hells Angels. Included in the book is a reproduction of a signed confession by Mr. Kane, dated March 2000, that says Mr. Wilson paid him $25,000 for the contract hit on Mr. MacFarlane.

I'm a bit confused how he could be eligible for parole in 2008 after all that. It was claimed that Robert McFarline threatened Wilson's mother who was also reported to be the owner and manager of the bar. Crown witness Orkan Arslan told police that Mr. MacFarlane had threatened Mr. Wilson’s mother in August 1996 after she banned him from the bar. He came back with a gas can and threatened to burn the place down, damaged a coatroom and assaulted a waitress. Mr. MacFarlane was gunned down in February 1997 by two Hells Angels hit men in Lakeside Industrial Park.

Wilson's claim that MacFarlane had threatened his mother was either true or false. What we do know is that he himself had a long history of drug trafficking and was tied to the Hells Angels. I find the fact that the Hells Angels ran a gay bar to be somewhat interesting. I vaguely recall some other claims in Quebec. Despite the Hells Angels homophobic image, they clearly were out there to make a buck in the drug trade. Kinda like how the White Supremacists would sell drugs to the Black community.

In fact Halifax's history with the drug trade is tied to the Hells Angels. November 1992: A Spanish vessel led a U.S. Coast Guard vessel on a 19-hour chase through rough seas before sinking early the next day off the coast of Newfoundland, taking with it an estimated three tonnes of cocaine. Unaware of what had happened, Jimmy Melvin Sr. and a Crown witness spent two days trying to get out to the mother ship to offload the drugs for the Hells Angels. Mr. Melvin, described at sentencing as "the second in command, was among five Nova Scotians charged in the crime. He was sentenced in 1997 to 5 1/2 years for conspiracy to traffic cocaine. 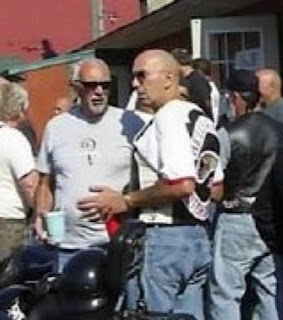