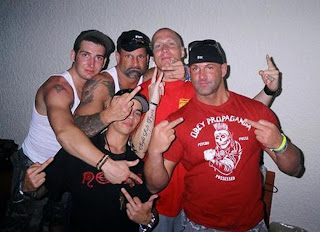 OK That finally makes sense. Joesph Strachan used to be affiliated with the Hells angels and their support club LHS until the Hells Angels killed the leader of LHS, Bekim Zeneli because the Ontario Hells angels wanted the Thompson drug trade and didn't want LHS or the West coast HAs to get it. 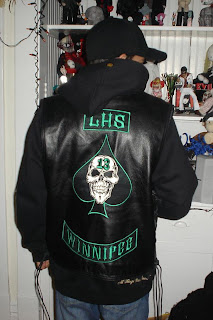 No offence, but this kid looks like he's four feet tall. I'm not even going to comment on the Elvis doll. Much. I really don't want to diss these LG's because we all know they desperately want to be somebody and they turned to the Hells angels for their support and were betrayed by the Hells angels. That's kind of my point. I don't care if you have a crew of three foot leprechauns. It's all about heart. These kids had it but it was taken from them.

The media claims Bowden was a long-time associate of North Vancouver's Bekim Zeneli, who was murdered in Thompson, Manitoba, in December 2007. That's the guy JD claimed was head of LHS. Kinda would explain why the guy felt betrayed after the Hells angels murdered his friend. I don't see it as a Ontario HA versus BC HA beef. Ontario said they wanted Thompson, Manitoba and the BC HAs said OK. Did they really have to murder one of their own?

Are they gong to tell us that he was a rat or that he stole from the Hells angels because those same old lies are not so believable any more. Geoff Meisner didn't steal anything and Britney Irving never ratted anyone out. Just like how Bekim Zeneli never stole from the Hells angels or ratted them out. The rats were the Ontario Hells Angels who killed him so they could steal the drug trade in Thompson, Manitoba. It wasn't even a city in Ontario.

The Ontario Hells angels are just patch overs. People who betrayed their crew to sign up with the Hells angels. The population in Ontario is huge. If they had their act together they could make massive coin. But no, they gotta kill their own to fight over a small town because TO is too big league for them. Paris Hilton screwed up that mafia hit for the Ontario Hells Angels a long time ago.

Speaking of Ontario HAs fucking things up for everyone, how about that Rick Levesque guy? Wasn't he trying to boss around Leo Gallant in NB and Leo told him to f off? What about Paul Sasquatch Porter? Now there's a drug dealing thief.

The bottom line is that there is no honour or loyalty in selling crack or in waging a war to sell crack. Crystal meth is even worse. When kids are young they say they want to grow up to be a fireman or an astronaut. No one says they wanna grow up to be a crack head bitch who pimps crack hoes and shoots their friends over greed. If you want honour and loyalty then you gotta get out of the crackhead business. Pushing crack addicts out of the window in East Van or torturing them in Prince George basements is not honourable and does not command respect. It commands a call to crimestoppers because that is bizarre. 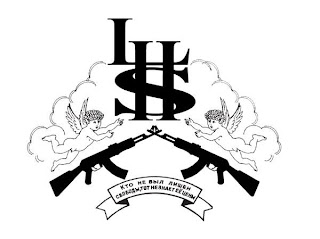