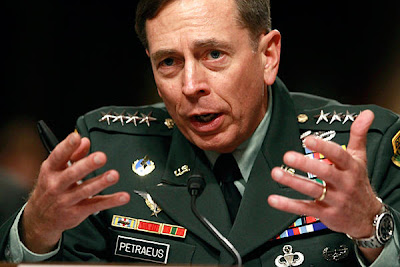 Scroll down for the Robert Thomas story.

Speaking of the CIA being directly involved with dirty banks that launder drug money and commit investment fraud, the Vancouver Province just ran an article about the new director of the CIA.

The Senate on Thursday overwhelmingly confirmed Gen. David Petraeus, who won wide acclaim as commander of war efforts in Iraq and Afghanistan, to head the Central Intelligence Agency.

Lawmakers voted 94-0 to approve the nomination of Petraeus to succeed outgoing CIA director Leon Panetta, whose own confirmation to take over for retiring Defence Secretary Robert Gates sailed through 100-0 last week.

Wow. Richard Secord was a General too. Bragging about leading the war effort in Iraq? The illegal invasion and occupation of a foreign country based on a lie? No doubt this guy is widely acclaimed. He's doing the same thing North and Secord did only he's doing it right on Fox News. Having the troops cultivate and harvest opium in Afghanistan. Brilliant.

The Province goes on to state "Meanwhile, the Justice Department has dropped nearly all the probes into CIA agents over alleged abusive interrogation techniques, and will instead focus on the deaths of two detainees, Attorney-General Eric Holder said." Wonderful.

"Holder had in 2009 ordered a review of interrogations of more than 100 detainees at secret sites overseas to determine whether any laws were broken." But he's proud to announce all those acts of torture the CIA did are no longer being investigated to the cheer and roar of the crowd. Let's give it up for war criminal Gen. David Petraeus! No body's watching because nobody cares. What a shame.