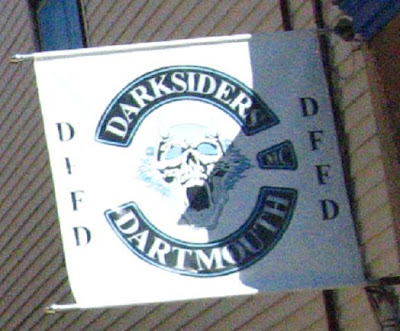 Interesting. I am told that there is a new banner on the old Hells Angels clubhouse in Dartmouth, Nova Scotia. The banner reads Darksiders. It's at 116 Portland St right beside Fisher's Stationery Ltd. Deviants Forever Forever Deviants. I guess we know why their new logo has it's mouth in that position. It sucks to be a puppet. 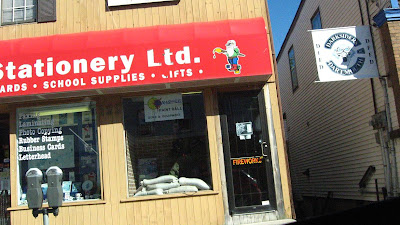 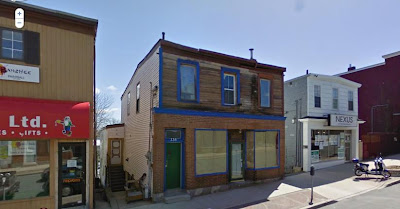 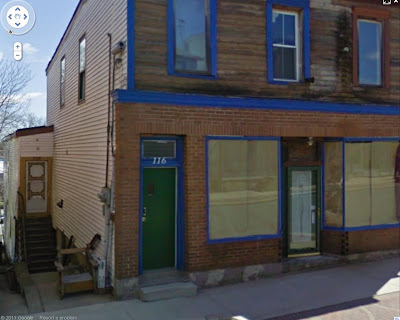 The Halifax Hells Angels clubhouse was seized in 2001 along with several arrests. Jeffrey Albert Lynds became a Nomad and has since been charged with two counts of first degree murder in Montreal. He has also since confessed to murdering Randy Mersereau with a gun provided by the Hells Angels. Jeff certainly doesn't look like the sharpest knife in the drawer so to speak. David (Wolf) Carroll is still hiding on the lam.