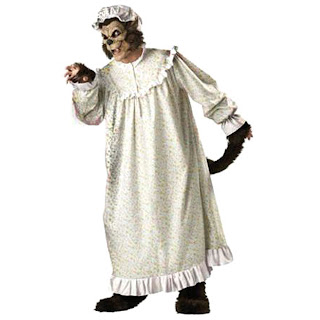 Let's talk about the big bad wolf. Another thread about the Hells Angels on the Kelowna Castanet forum totally disappears. Someone asks where the link went and a troll responded with a link to another thread kissing HA a*s. That wasn't the thread they're talking about.

That kind of brazen censorship is disappointing. It's actually somewhat shocking. Like we're living behind the iron curtain or the third reich. Examining that act of censorship I want to discuss two false concerns and one very real concern. The first false concern is threats of legal action.

There was a thread going on about the Hells Angels and all is well as long as people are kissing their a*s but as soon as anyone starts to raise some valid concerns and cite some real cases, the drama queen trolls cry the blues. They huff and they puff and they threaten legal action.

Some idiot parroted that same old insane argument stating that the Hells Angels have never been found a criminal organization by the courts so they aren't one. I responded with a statement saying that simply was not true. The Ontario case law has been well entrenched. Ricky the fat a*s liar got his feelings hurt and said after that decision came out, he was sitting in a restaurant and someone asked to be moved because they didn't want to sit beside someone involved with a criminal organization. Ricky fat a*s cried the blues in court and appealed the decision. His appeal failed and the decision was upheld.

That's when the little red troll huffed and puffed and threatened to sue me. They lied and said the media never reported on any ties to the Hells Angels so unless I was present in court I should shut up or the Hells Angels will sue me for slander. Well that was a threat made based on a lie. The Kelowna Marina cocaine trafficking case which was the first case in BC where criminal organization convictions have been upheld was in fact involved with the Hells Angels. I cited the case in the thread on the Castanet forum which was then deleted.

In the Kelowna Marina trial it was reported that there was another call between the two men. Fraser phones Herrick and orders him to “bring some s**t” to “the clubhouse.” With loud music in the background, Fraser tells him the address is 837 Ellis Street, the property known locally as the Hells Angels clubhouse.

So when that little red troll threatened to sue me for slander he was lying. I was telling the truth. So why would Castanet delete an entire thread if I had simply quoted something they themselves reported in the news? There's only two other possibilities.

Let's talk about due process and the right to a fair trial. Yes someone is innocent until proven guilty. Yes someone has the right to a fair trial and a unbiased jury. Yet that doesn't mean the public isn't allowed to discuss a case. The Paul Bernardo case was very public. So was the Pickton trial. Courts can order publication bans on the evidence presented at a trial but they can't forbid the public from discussing a case as it comes to trial.

We were also talking about Dain Philips murder in the Castanet thread that was deleted. How Kim Bolan reported that witnesses claim they saw the accused beat Dain to death with baseball bats and hammers. Even if someone kills those witnesses or threatens them or their family so they refuse to testify, that does not change the fact that they did in fact tell Kim Bolan what they saw.

Now the little red troll says what if the witnesses are lying and Dain was holding a weapon? Wouldn't that change things considerably? No, I said. It wouldn't. Aside from the fact that I don't believe it, that many men with weapons beating a single man to death would be excessive and uncalled for. Secondly, I don't believe he was holding a weapon. Let's face it, right or wrong, the public has the conception that the Hells angels are murderers. There is no way a single man with a family is going to threaten a group of men led by Hells Angels with a weapon. He's going to try and negotiate with them knowing full well if he attacks them with a weapon, he will have to deal with more of them at a later time.

So when the little red troll lies and says Dain was holding a weapon, I'm forced to cry bullsh*t. That lie fails the test of believability. Secondly, I will cry foul. How dare you censor me for telling the truth while you slander a dead man and lie about the witnesses behind their back to gain public sympathy. Shame on you. Talking about the case is not a violation of a publication ban that doesn't exist. We are allowed to talk about what happened.

Just like we are allowed to talk about the two gang rapes at the Renegades clubhouse in Prince George. Their lawyer contacted me and lied. He said I wasn't allowed to report the charge which is absolutely false. Then he quotes a publication ban which was imposed to protect the identity of the victim. He was trying to censor all discussions about the case hoping the public would forget about it and say they're great guys. They do the toy run every year.

That only leaves us with one option why Castanet deleted the thread. If the Hells Angels are going to threaten me, then it is well within the realm of believability that they are going to threaten the reporters and editors at Castanet. I have first hand knowledge of this happening in the past. Yet it doesn't have to be a direct threat for it to be a real threat. Chris Hudsen raised his shirt and showed his Hells Angel tattoo and said "Don't you know who I am? I'm a Hells Angel." Simply showing his tattoo was a threat. Wearing gang colours is a threat. If someone says you better delete that thread or the Hells angels won't be happy, that is a threat. That I can understand. It doesn't make it right but that I can understand.