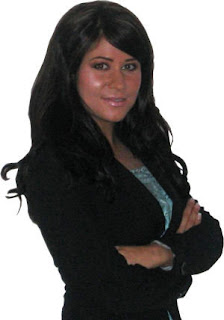 Speaking of Calgary cocaine, let's revisit Lindsay Buziak's murder. She was the realtor that was viciously murdered after showing a couple a home in Saanich in what police described at the time to be an 'intentionally targeted' attack.

A year and a half later police release video footage to the public it had given to the TV show Dateline which did an episode on the murder. Saanich police did not see the Dateline show before it aired.

Sgt. Dean Jantzen said while some of the information may have been new to the public, it was not new to police. That information includes a trip to Calgary Buziak took six weeks before her killing. She visited her father who lives there, and also caught up with an old friend. That man, Erickson Lopez Delalcazar, was charged a few days before Buziak's murder in the largest cocaine trafficking case in Alberta. Delalcazar, then 28, is from Victoria.

It was speculated that some idiot thought she was the rat and fell to the same fate Britney Irving did in Kelowna. That kind of paranoia is disturbing. Even more disturbing is murdering someone for being a rat when they weren't.

Operation High Noon, which began with a raid in January 2008, netted 42 kg of cocaine from a safe in a home in the 300 block of Hawthorne Dr. N.W. Calgary. Police also found 25 kg of the drug in the same home a week earlier. It was the largest cocaine bust in Calgary and in Alberta's history.

Graham Scott Taylor, 30, of Calgary and Erickson Lopez Delalcazar, 28, of Victoria, B.C. are both charged with possession of cocaine for the purpose of trafficking and possession of property obtained by crime.

So the new information released to the public in the Dateline segment that the police confirm is true, was that Linda took a trip to Calgary to visit her father and met up with an old friend named Erickson Lopez Delalcazar who was charged a few days before Buziak's murder in the largest cocaine trafficking case in Alberta. Delalcazar, then 28, is from Victoria.

Lindsey met an old friend in Calgary right before he was busted and they were both from Victoria. It is an interesting coincidence. The criminal organization hasn't been named but it doesn't take a brain surgeon to figure out who runs the cocaine trade in Calgary and who runs it in Victoria.

No one thinks Lindsay was involved in the drug trade. No one thinks Lindsey ratted out her old friend during that short visit. However, given the timing of the visit and the frenzy of the vengeance it is highly possible someone affiliated with that drug bust decided to blame her and that was why she was murdered. Tragic. 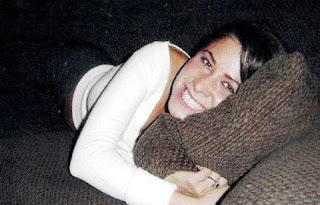