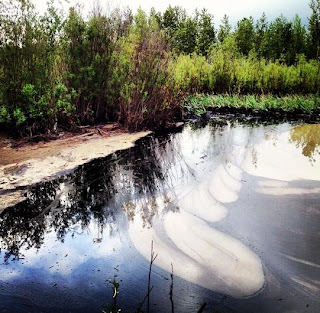 After coming home from a nice road trip and holiday I see this outrageously offensive attack add on TV put out by the Harper government. It’s not even an election time. This one attacks Thomas Mulcair. The last one attacked the leader of the Liberal Party after they were virtually wiped off the face of the earth in the last Robocall election.

No one likes attacks ads during an election. Attack adds when there is no election are not just obsessive, they are suspicious. This new add goes on and on about how Mulcair wants to impose a gas tax and how Harper is opposed to one. Holy hypocrisy batman, let’s look at the facts.

It is no secret that Stephen Harper rewarded Gordon Campbell for imposing the HST on British Columbia. Giving the most hated premier in recorded history, who left office with the lowest approval rating in the country, a sweetheart job as commissioner during the London Olympics was a slap in the face of democracy.

Gordon Campbell and the Christy Clark government are big fans of the carbon tax. We are suffering from ridiculous gas prices as a result in the lower mainland. In BC it is the NDP that are speaking out against the gas tax. So are the provincial Conservatives which unlike the Harper government really are conservatives. The Campbell government, which Harper supported, supports the gas tax. Harper running an attack add opposing it is sheer hypocrisy. Christy Clark and Stephen Harper use the same spin doctor.

One has to wonder where on earth they got the idea that Mulcair was in favor of a gas tax when the BC NDP are opposed to it. Seemingly it was a distorted accusation from Mulcairs position on cap and trade.

Personally, I oppose ongoing excessive gas tax. Enough is enough. We are getting shafted at the pump because we have let the oil companies create a monopoly. That is not a free market and is causing problems. Ironically enough, several leading oil sands firms, alongside 150 of Canada's top corporations, publicly support more gas taxes. Putting a cap on greenhouse emissions means making the big corporations that are the big polluters pay a penalty for damaging the environment. It’s not to pass corporate tax on to the consumers.

Harper said Canada wouldn’t contribute to a bailout for the Greek or European debt crisis. Let’s hope he doesn’t flip on that like he flipped on the bank bailout. The Greek financial crisis was the result of investment fraud. When we let white collar criminals steal from banks then force taxpayers to bail those banks out with tax dollars, that does not solve the problem of white collar criminals stealing through investment fraud and creating these manufactured emergencies.

Harpers attack add repeats chicken little’s sky is falling rhetoric about the NDP’s economic plan. The right always claims the left will tax and spend thus crippling economic growth. Yet the Harper government, like the Mulroney government before him, are the worst offenders of tax and spend ideology in Canadian history. The bank bailout the banks didn’t need and the insider trading jets are just two examples. $65 billion is a huge amount of money. The undisclosed cost of the insider trading jets continues to rise.

Not only has Harper’s pork barrel politics resulted in the worst spending in Canadian history, he has mixed that with outrageous cuts that have left us wondering about his possible use of crack pipes instead of common sense.

Let’s look at the military. Cutting spending on the military to help offset not pay for, the huge expenditure of a whole fleet of jets that can’t be used in the arctic are somewhat of a contradiction. To offset the cost of the jets he’s cutting military funding. Cutting military pensions, benefits, support programs, even eliminating our coast guard which need improvements not cuts. In essence to pay for his insider trading jets to a firm his candidate lobbied for, he is putting lives at risk and weakening the military in the process.

The bank bailout is the most dramatic contradiction in Canadian history. Harper goes over to England and tells Cameron Canadians don’t support bank bailouts, then he drinks the poison kool aid and turns around and gives the banks a $65 billion bail out that they didn’t need. Which meant he then raised the age of retirement to offset the cost. I say offset the cost not pay for it because it will take decades to pay that insane debt.

As we hear news that the secret bailout cost even more, just like the growing bill for the jets, the Harper government denies there even was a bailout and won’t even put that figure on the books. This isn’t just wrong. This isn’t just a scam. This is treason. It’s not a matter of the NDP versus the Conservatives. It’s a matter of the conservatives undergoing a leadership review and electing a conservative instead of a fiscally dangerous con man. It’s a sad day when the leader of the NDP is more Conservative than the leader of the Tories.

Now we hear the outrageous propaganda in the Globe and Mail that Mulcair and Trudeau are a threat to Canadian Unity. That is absurd. Trudeau saved Canadian unity with the Charter of Rights. Giving Quebec a voice on government supports unity by making them feel included and wanting to participate in Federalism.

Mulcalir is opposing Harpers attempt to destroy the free market in the fishing industry by getting rid of owner-operator fishing businesses and replacing them with corporate-led fishing. Those are the concerns of the fisherman. Although Harpers contentious report is silent of any details just like his budget is silent about any real costs, those concerns are valid because that is Harper’s MO. He does not support small business. He supports large corporate monopolies which is in opposition to a free market system. What has happened to our world? The NDP is supporting small business and the Tories are not. It’s a wild world so it is.

Posted by Dennis Watson at 9:14 AM