Rakesh Saxena gets 10 years for embezzlement 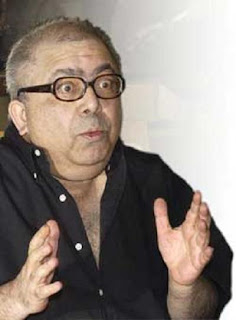 This is another example of a bank that failed because of investment fraud. Banks don’t just fail all on their own. Someone needs to rip them off first. We’ve talked about the Great Texas Bank robbery and the double dip investment fraud. We’ve talked about the BCCI and the Australian bank that failed as a result of the CIA’s arms dealing, drug trafficking and money laundering. Now let’s look at the Bangkok Bank of Commerce that failed because Rakesh Saxena ripped it off.

Saxena, 59, was found guilty on five counts of securities fraud between 1992 and 1995, having siphoned off tens of millions of dollars from the now-defunct Bangkok Bank of Commerce, where he was employed as an adviser.

The scandal that engulfed Bangkok Bank of Commerce caused a run on bank deposits and led to the bank's collapse, contributing to the devaluation of the baht and the regional crisis. Saxena was arrested in 1996 but was extradited from Canada only in 2009.

In the 13 years between his arrest at the Château Whistler and his deportation in 2009, the one-time Asian financial darling claimed he spent close to $20 million trying to avoid being sent back to Thailand. The cost to the Canadian taxpayer to thwart Saxena's efforts was well over $10 million.

The Bangkok South Criminal Court heard how Saxena had set up 60 businesses in Thailand and used them to secure loans from the bank to cover debts and running costs, but instead channeled the money into personal accounts, mostly in Switzerland.

"The defendant clearly demonstrated his intention to take funds from the damaged party to invest for his own personal use, depositing the funds into several overseas accounts," the judge said in reading the verdict. Estimates of the money he stole from the bank vary from $60 million to $82 million.

In this affair, he colllaborated with Oleg Boiko, a flamboyant Russian businessman; the two owned a New York brokerage firm. At that time Boiko managed the Moscow National Credit Bank. July 7, the US Dollar account number 001-6-10050 was opened at the BBC under the name National Credit Bank.

Once again this reinforces the premise that banks don’t just fail all by themselves, someone has to rip them off first. The great Texas bank robbery was an example of how the Bush family and the CIA ripped off banks in the /80’s through investment fraud. They defaulted on the bank loans for their fraud and bailed the banks out with tax dollars. That was the double dip. Al Martin wrote in his book the Conspirators that he was trained to commit investment fraud to raise money for Iran Contra.

We have also seen how Earl Brian, the CIA and even Mossad committed investment fraud in Canada to raise money for the October Surprise, which was a deliberate subversive act to manipulate public opinion and sway a democratic election. Robocalls times ten.

This of course brings us to the entitlement versus austerity propaganda that is sweeping Europe. The Greek financial crisis is not about entitlement, it’s about investment fraud. What was public money became private money then disappeared. That is the problem. It’s not about I’m entitled to this or that.