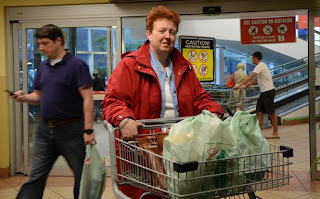 Well this is amusing. Finally there’s something that abusive idiot and I agree on. Recently Toronto City council just banned plastic bags for all retailers in the city. My first impression was that’s pretty stupid. I use the plastic bags I buy to take my groceries home for garbage bags. Now I’ll just have to buy garbage bags and nothing will be saved.

Turns out that Ford thinks it’s a dumb idea too. Yet he was the one that submitted the motion to get rid of the 5 cent charge for plastic bags. What the media describes as his pet peeve. Yet isn’t that interfering with business? Who is he to say that a retail outlet is not allowed to charge 5 cents for a plastic bag? Isn’t incentive a better way to get consumers to reduce the number of plastic bags they use?

Rob ford is trying to exploit the opportunity to get rid of counselors he doesn’t like. If anyone needs to be kicked of counsel, Rob Ford is the first one that needs to go. He is abusive. Maybe he should stop lying about getting drunk and abusive at sporting events or giving his constituents the finger for telling him to get off his cell phone while driving. Refusing to blow in Florida, yeah he’s a real winner alright.

We should rightfully be concerned about the environment. Landfills are a concern but Plastic Island in the middle of the Pacific Ocean is a bigger concern. We need to turn a cargo ship into a plastic recycling plant and anchor it out there to clean up that huge mess.

These oil spills are a bigger concern. The two in Alberta could have been avoided. Every kilometer there should be shut off values in the pipeline. As soon as a break or leak is detected, shut off the valves on either side of the leak. Not doing so is irresponsible. I just find it strange how we get bent out of shape over the little things while we completely ignore the big things.