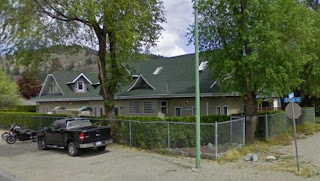 Update: Two bodies found in Kelowna - one is of Marcello Verna.

Speaking of the Kelowna Summer Jam and how the Hells Angels like to betray their own for the almighty dollar, let’s take a look at Carlo Verna. Carlo is a member of the Kelowna Hells Angels. Or at least he was. People are starting to talk and since other Hells Angels are publically making fun of him and he seldom wears colours in public, people are starting to wonder if they’re going to pull a Mike Robatzek and kick him out now that they have sucked him dry.

Carlo became a full patch member of the East End Hells Angels along with Richard Goldammer, Hans Kurth, and Joseph Bruce Skreptak in 2005. Robert Thomas was at that time a prospect. This had police thinking they were planning on starting a Kelowna chapter. Carlo owned property in Kelowna along with various other East End members.

Carlo was also recorded on wire tap in David Giles’ trial with Revell and Remple who were convicted of cocaine trafficking. In the decision it states Carlo came by Giles' house and advised Giles that Revell’s car lot and gym had been searched by the police.

Carlo used to own Pier Marine pub and Splashes Night club in Kelowna. Now that things aren’t going too well for him financially it looks like the club is ready to cast him aside like an old shoe. The Kelowna Marine Pub burned down October 2007. Arson is suspected.