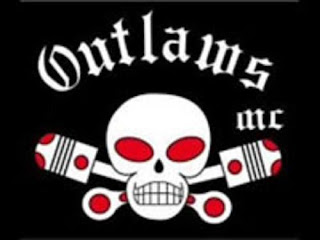 Although I don’t support gang violence, here’s a story about some Outlaws in San Francisco who beat up a guy for being a Hells Angels prospect. It just shows you that the Hells angels are not infallible and do have enemies out there.

We remember a member of the Monglos was convicted of shooting and killing the president of the San Francisco Hells Angels. We also remember how the Hells Angels tried to pick a fight with Vagos in Nevada. After losing the fist fight a Hells Angels pulled out a gun and they lost the gun fight too. Jeffrey "Jethro" Pettigrew, the 51-year-old head of the Hells Angels San Jose chapter died as a result. At his funeral they started fighting with and shooting each other. It’s rather messed up n’est pas?