Harvey Bracken: When a man kills a woman 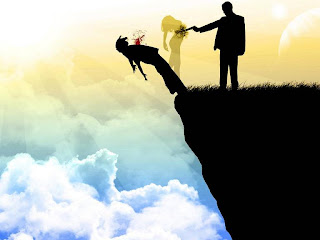 A Surrey man who choked his girl-friend to death, wrapped her body in plastic and dumped it near a North Vancouver park has been sentenced to four years in prison. This tragic case shows us two things: What a disgusting farce our judicial system has become and what a horrific scourge crack cocaine is in our communities.

A four year sentence for committing murder is disgusting. Bracken, who was arrested in February 2011, received credit for 16 months pre-sentence custody, reducing his effective sentence to two years and eight months. Now that two and a half year sentence will be reduced by two thirds for mandatory statutory release. Gregory Fitch and society are both culpable in this heart wrenching injustice. The worth of a soul is a lot more than four years for murder. A daughter, a mother, a human being.

It was claimed in court that after a three day crack binge the couple got in an argument. Bracken’s lawyer claimed Ferguson wanted Bracken to get more cocaine and he refused. That is so offensive it is absurd. That’s what the murderer claims. Yeah right. Kinda like how Jack Woodruff claimed he murdered his girlfriend in self defence. Pretty outrageous to make that ridiculous claim when the victim is dead and can’t testify.

The absurd domestic violence continues. Hang down your head Tom Dooley has become smile Tom Dooley, it’s your lucky day. There is no justice here. You’re free to go. Stephen Harper only cares about possession of pot. He doesn’t care about murder.

12 problems with our justice system