Roberto Calvi and the collapse of Banco Ambrosiano 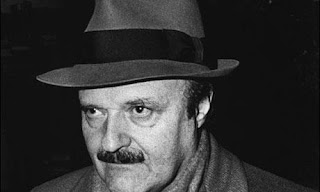 We’ve talked about how the Vatican Bank has been recently accused of laundering money for la Cosa Nostra. We’ve expressed the concern that money laundering usually results in crashed banks due to investment fraud. We’ve also just talked about how Rakesh Saxena embezzled $80 million and crashed the Bangkok Bank of Commerce which resulted in the Asian financial crisis in 1997.

Now let’s look at a cold case also in the news that talks about how the Vatican bank was accused of crashing another bank through embezzlement. It involved the murder of Roberto Calvi who was referred to as God’s banker because of his ties to the Vatican Bank. Roberto Calvi was the chairman of Italy's second largest private bank, Banco Ambrosiano.

Banco Ambrosiano collapsed in June 1982 following the discovery of debts of between 700 million and 1.5 billion US dollars. Much of the money had been siphoned off via the Vatican Bank (strictly named the Istituto per le Opere Religiose or Institute for Works of Religion), which was Banco Ambrosiano's main shareholder. In 1984, the Vatican Bank agreed to pay US$224 million to the 120 creditors of the failed Banco Ambrosiano as a “recognition of moral involvement” in the bank's collapse.

Much of the 700 million to 1.5 billion US dollars had been siphoned off from Banco Ambrosiano via the Vatican Bank. Follow the money. The Vatican bank or Institute for Works of Religion, is the same bank Ettore Gotti Tedeschi was just fired from and has now been accused of laundering money for the mob.

Two concerns arise. First we have the accusation that the Vatican Bank is laundering money for the mob. The other concern is that Banco Ambrosiano collapsed because someone stole over $700 million by siphoning it off through the Vatican bank.

Banco Ambrosiano was owed huge sums of money by Panamanian shell companies involved with the Vatican Bank. Before his murder, Calvi was facing fraud charges related to stock in a company owned by Michele Sindona in prison in the US. Sinona was involved with the collapse of Franklin National Bank in the US in 1974. Carlo Calvi, the son of Roberto Calvi is also a banker in Montreal.