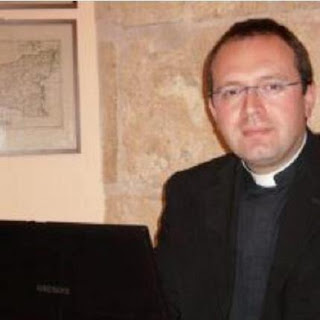 There’s been a fair bit in the news of late about how the Vatican is being “blackmailed” after secret documents were leaked by the Pope’s butler now referred to as Vatileaks. Now it appears that the Vatican Bank is under investigation for laundering millions for a mafia godfather. Papa? Mamma Mia!

The Vatican bank is refusing to disclose any records of an account held by father Ninni Treppiedi formerly the cleric of Aclamo, the richest parish in mafia safe haven Sicily. Investigators want to know more about vast sums of money that are said to have passed through his account to establish if they were money laundering operations by on the run Mafia Godfather, Matteo Messina Denaro. Denaro is considered to be the new leader of Cosa Nostra - Our House.

The president of the Vatican bank, Ettore Gotti Tedeschi, was ousted by its board on May 24th . The bankers name was Gotti. Are you serious? As in John Gotti of New York? Like that’s not a red flag. Unfortunately him getting fired just means he’s the scape goat. Money laundering in the Vatican bank is serious because banks that launder money inevitably crash and demand tax dollar bailouts.

On an unrelated note, secular bandits have taken this true scandal and ran with it right into the twilight zone to promote their own absurd agenda which clearly defies both logic and history. It’s a new book called Christ on Trial by Tony Bushby.

It never ceases to amaze me how even with all this new modern technology, human beings can still be such mindless blind sheep. We’re like a bunch of straw men dancing around singing if I only had a brain.

Tony’s new book poses the question Did Jesus Christ ever exist? He claims that the church cannot prove the existence of Christ. That’s pretty ridiculous. We can argue the resurrection until the cows come home but to say the church cannot prove Christ ever existed is false. Ever heard of Josephus? He was a Jewish (non Christian) historian that recoded Christ’s existence.

Christ lived, taught, had a large following and was crucified for his teachings. That’s a part of history. Our whole calendar is based on that historical fact. We can argue his resurrection but we cannot argue his existence nor the fact that he like many other religious leaders in the past made a profound influence on not only his followers but on the world we live in.

In contrast I would submit Evidence that Demands a verdict and More than a Carpenter both by Josh McDowell. That is much more historically accurate written by a qualified journalist who set out to disprove the resurrection. Christ was on trial alright. Many years ago. That’s why he was crucified. Josh McDowell pointed many irregularities of the trial showing how it was illegal and how Christ was shafted and railroaded. It was done at night, all the witnesses contradicted each other, he was ultimately convicted by his own testimony.

So yes, Christ did exist and Tony Bushby is another idiot trying to make money off another scam saying send in your donations and I’ll tell you what you want to hear. We’ve heard that all before Tony. Nevertheless, the Vatican bank’s ties to money laundering for the Mafia is a real concern that needs to be addressed. Getting distracted by Bushby’s circus side show is a waste of time.

Now I’m most certainly not going to perpetuate Protestant versus Catholic arguments. Protestants will say just because the Catholic Church is corrupt doesn’t mean Christianity is corrupt. Yet we all know there are many paid Protestant ministers who have been very corrupt such as Jimmy Baker and Jimmy Swaggart.

The whole point it, just because the church is corrupt does not mean Christ didn’t exist. In reality Christ confronted the religious leaders at the time. He called them liars, hypocrites, extortionists and children of the Devil. The leaders at the time responded by saying well, off with him. Crucify him. He’s sent from the devil. And the sheep said baaaa. Andrew Lloyd Webber dramatized it well in his slightly unorthodox version of Jesus Christ Superstar as did the even more unorthodox movie Godspell. Yet the secular bandits are no better. They are trying to make money off their own scam to promote their own agenda. God save the people.