A Salute to the South Shore Freedom Riders 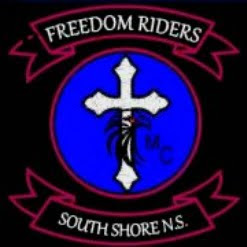 The South Shore Freedom Riders are a legitimate motorcycle club in Nova Scotia that doesn’t sell drugs. They are affiliated with real veterans not the fake drug dealing veterans on Vancouver Island. Nova Scotia has a proud history of military valor and service.

I’ve just received an anonymous tip that disturbs me greatly. Indeed I am greatly disturbed. Someone claims that the Darksiders have been threatening and bullying the Freedom Riders and as a result the Freedom Rriders have given up their club. That is unacceptable.

Their web site has been taken down. It appears they were also a Christain club. Christian bikers never hurt anyone. They are nonviolent, turn the other cheek types. That’s like beating up Gandhi or Mother Teresa. It is not cool. Darksiders suck. Literally. Just look at their logo. They suck the big boys and think that gives them the right to pick on a Christian club. It’s time for the Darsiders to be deemed a criminal organization and have their clubhouse seized. Pride cometh before the fall. Their clubhouse in Halifax is in the same building the Hells Angels had their clubhouse in before it was seized.

In New Brunswick a club called the Iron Order are getting the same BS from Bacchus over patches. The Iron order are very apposed to the 1% clubs and have strict rules of no criminals. Bacchus? They’re the patron saints of homosexuality. Just look what they did to Rusty and Ellen. That was an inside job. They were ripped off by their own people. They weren’t killed by a rival.

Reports are coming in about the Charlottetown Harley club also bullying other clubs around. Here we have three Hells Angel puppets bullying smaller clubs around because they are worthless. This is a picture I pulled off the cache from the Freedom Riders old web site: 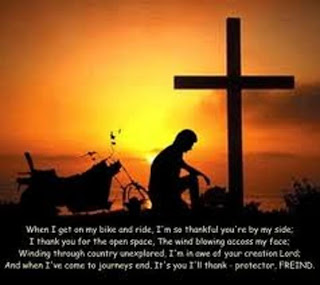 They just want to ride and claim their right to religious freedom. Something we’ve fought wars for in the past. This is a song about Nova Scotia I noticed in their cache. It’s called Nova Scotia Nature's Music by Bob Quinn. Here are the lyrics. Nova Scotia is a lot like BC only more sincere. The salmon spawn in their rivers too and the eagles come to feed on the spawning salmon just like they do here. Upon eagles' wings. My mother was born in Amherst. I salute the South Shore Freedom Riders. To us from failing hands they throw the torch.

I’m not a very good Christian but I can see good and evil and I do believe in a higher power. Thou I walk through the valley of the shadow of death, I will fear no evil. Like Martin Luther King of old, mine eyes have seen the glory of the coming of the lord. He has sounded forth the trumpet that shall never call retreat. He is sifting out the hearts of men before his judgment seat. Oh be swift my soul to answer him be jubilant my feet. Our God in marching on. Word.