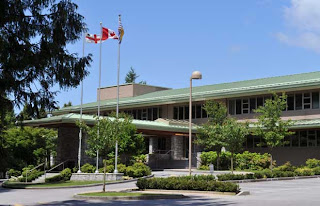 A day after the suspect in a gruesome Montreal killing and dismemberment was arrested in Berlin, Vancouver police said a human hand and foot were delivered in separate packages to two area schools. Vancouver Police Deputy Chief Warren Lemcke told reporters Tuesday afternoon the first package containing what appeared to be a human hand was opened by a staff member at False Creek Elementary School shortly after 1 p.m. local time.

Another package containing what appeared to be a human foot was found by staff members at St. George's School later Tuesday afternoon. "There is no indication of identity (of the victim) at this time," Lemcke said at a news conference. Freaking wackos.

Turns out that the hand and foot sent to Vancouver schools were from the same victim of the whacko who sent other body parts to Ottawa.