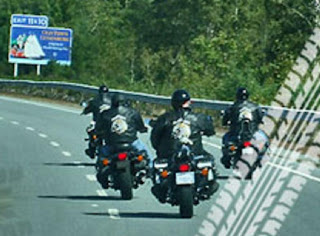 Looks like the Darksiders have a new finger puppet club in Bridgewater called the Wind Demonz. All these puppet clubs of puppet clubs. It's one big Ponzim scheme. You kiss our ass and they'll kiss your ass and someone else will kiss their ass. That way everybody gets their ass kissed. It's all a bunch of ass kissers. Don't any of these clowns have any self respect? I mean look at the Darksiders logo. That is ridiculous. Bacchus may well be the patron saints of homosexuality but those clowns are clearly the head puppet club. They're the ones with the dirty knees. Their logo has permanently assumed the position of the head puppet. It sucks to be you.

It's like their obsession with support shirts. It reminds me of a little kids saying worship me. Kinda like Loki in the Avengers. Stop. I am a god. Then Hulk throws him around like a rag doll kicking the crap out of him, tosses him aside and mockingly states, puny god. These guys have real self image issues when they need finger puppets and supporters to worship them.

So Kevin Nodding from Nodding Marine Bridgewater is the president of the Wind Demonz finger puppets in Bridgewater. Mark Smith, Bens Bakery, Ron Richards and Byron Conrad are members of the darksider's puppet club in Bridgewater. Clowns who want to live off the avails. Idiots. I don't know what the circle is supposed to be highlighting on the Wind Demonz logo. It sure looks like they're doing the Pee Wee Herman. 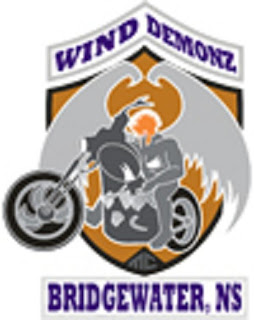