Kingpin Crew and the Lost Souls sighted in Kamloops 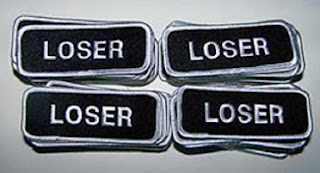 Two members of the pinheads were seen with a couple members of the Lost Souls hanging around a tattoo parlor in Kamloops on the North Shore this week. I guess they were getting their new L tattoos for their forehead. Finger puppets for Dale the drag queen, you can’t get any lower than that. They’re lost souls all right.

Speaking of Kamloops, today in the news they claim two mutilated cats were found in the city earlier this month just like in Maple Ridge where two men were spotted around the same time a decapitated cat’s head was dropped off at an elementary school during school hours. That is seriously messed up. What do Kamloops and Maple Ridge have in common? I’m sure it’s just another bizarre coincidence.

Speaking of psychopaths, the police have reported that the human hand and foot sent to two Vancouver schools were from the same victim killed in Montreal by the whack job who sent other body parts to the conservative headquarters in Ottawa. The deranged wave sweeps on by.