Surrey says no to RCMP bar 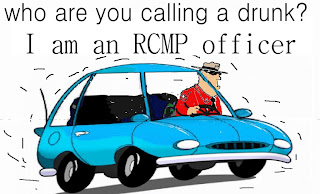 The tsunami of insanity continues to flood the earth locally and globally. Today the Surrey Leader is reporting that City Hall just turned down the RCMP’s application for a new giant bar in their new Headquarters in Green Timbers but did recommend a liquor license for special events. What are they thinking?

Bob Poulson is supposed to help fix the RCMP’s disastrous problems with alcohol and sexual harassment in the workplace. The RCMP making an application for a giant bar in their new Headquarters is absolutely absurd. It makes you think they really don’t give a shit about the public and we are left with no alternative but to pull the plug on that broken and disgraced circus and create a Regional Police force. I thought we could save it. Evidently not.

We are still reeling from the offensive injustice of transferring that drunken pig with a long rap sheet of sexual harassment and drinking on the job being sent to BC. What are we going to do, send him to Surrey and give him a giant bar? God help us. These people are maliciously insane.