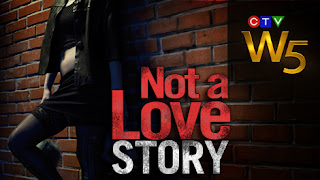 W 5 aired a disturbing documentary about under cover operations involving abusive pimps in the Canadian sex trade tonight. It talked about how a guy would wine and dine a girl, tell her he loves her then turn her into a prostitute and making big money for him. How after the honeymoon period was over, the pimp became abusive. Other accounts how they are recruited to be an escort, then recruited to prostitution and give half then money to the pimp. Then it turns into handing over all the money to the pimp. Human slavery in Canada. Disturbing.

Others say how they are lured in to make money as strippers then recruited to become prostitutes and eventually handing over huge amounts of money to a pimp. They didn't get into the tragedy of prostitution to pay for drug addiction like we see here and in Montreal.