The Criminal Culpability of Jason Kenney 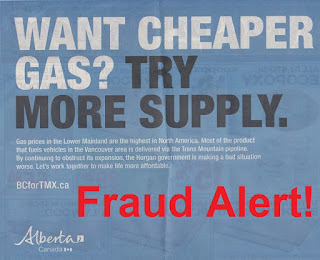 Vancouver is Awesome is reporting that "While Metro Vancouver gas prices smashed one record-high after another in May, fuel costs continue to fall in the Lower Mainland this month. Not only have June gas prices continued to fall in Vancouver, but some stations are also showing costs as low as 137.9 cents per litre. In contrast, gas stations in the Lower Mainland were showing prices as high as 172.9 cents per litre on Saturday, April 20." That's exactly what I was going to say.

We know that the recent over the top spike in the price of gas in April was a defiant fraud based on price fixing and Jason Kenney has publicly admitted criminal culpability in his daily full page adds in the Vancouver corporate tabloid.

Back in March CBC mentioned price fixing when gas hit $1.50 a litre. The next month after Jason Kenney was elected it hit $170.00 a litre. Then he runs these really offensive and completely dishonest full page adds in the Vancouver tabloid that said "WANT CHEAPER GAS? TRY MORE SUPPLY." He then admits that gas prices in the Lower Mainalnd are the highest in North America.

We knew April's spike in gas price was a complete fraud based on price fixing but here Jason Kenney is publicly boasting about his culpability in that fraud trying to extort BC tax payers. We already exposed the Alberta lie for what it is. Pipelines for Alberta tar sands bitumen already exist all the way to Chicago and Detroit. It's not John Horgan's fault they stopped accepting it because of the petroleum coke byproduct. That's not our fault.

A pipeline already exits in BC for Alberta unrefined crude. John Horgan did not stop or restrict that. Blaming John Horgan for the spike in the price of gas was a bold faced lie. Jason Kenney did it and he publicly admitted it. He basically said we've raised the price of gas until you approve a new pipeline for the tar sands bitumen Chicago and Detroit stopped accepting.

Recently someone wrote into the paper and asked Is Premier John Horgan behind lower gas prices? Actually maybe he is. John Horgan did launch an investigation into price fixing. Now we need to take the next step and file a court action like was done in Quebec. CBC reported that price fixing in the gas industry has occurred in Canada. In 2017 CBC reported that "A 10-year legal battle has resulted in a $17-million out-of-court settlement between a group of Eastern Township motorists and a number of gas retailers in the area."

John Horgan launches an investigation into price fixing and the price of gas mysteriously starts dropping. Next we need to file criminal charges and send Jason Kenny to jail. Jason Kenney wants Andrew Sheers job. That clown doesn't have a snowball's chance in Hell of getting elected PM. How can you get elected Premier when you've pissed off BC and Quebec and told all the smaller provinces equalization payments have to stop. That clown will not get elected federally.

Jason Kenney is a poor player that struts and frets his hour upon the stage and then is heard no more. Until he gets bucked off his mechanical bronco and his own lies send him directly to jail. Then it will be goodbye good riddance. The internet killed the rodeo clown. 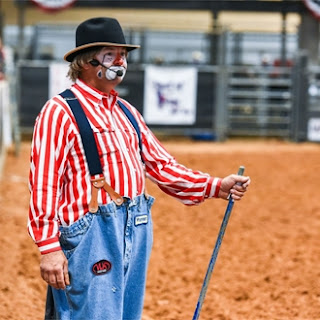 For the record, John Horgan's economy is doing a lot better than Jason Kenney's economy. Why is that? Because Jason Kenney is a dinosaur. You can't put all your eggs in one basket forever and not have that eventual come back to bite you in the ass. Alberta needs to diversify. They need to evolve. They need to progress. It' that simple. Stop blaming us for your failures. Take responsibility for your own life and make it better. No one likes an arrogant bully who lies.