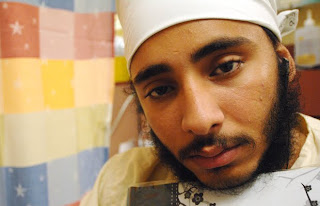 The Montreal Gazette is reporting that the id of the Surrey shooting victim is Khun-Khun. I'm assuming that would be Jujhar Khunkhun who was arrested for trafficking cocaine in Nanaimo. Gee I wonder who would be shooting at him for trafficking cocaine in their area. Big surprise. Yet this guy didn't shoot Larry Amero or Jonathon Bacon. I can't find any police warning about him either.

These guys are just a Bindy or Bal Braindead remix. They are insignificant. Sure they are cold hearted and will kill their own. They'll even kill their own sister if they could make a buck off it. They're just not professionals. The Kelowna hit was a professional job. It was way out of their league.

Kim Bolan has confirmed that it was Jujhar Singh Khun-Khun who was shot in Surrey Friday night. That Sukh Dhak is just plain ugly. Dhak and the Duhre brothers just aren't credible. Sure Peter Adiwal might have been involved with the Loft Six murder but that wasn't a professional hit. They just went shooting in a club. Donald Roming was a piece of garbage anyways beating up a senior citizen to take over the stripper agencies.

Yet Peter Adiwal owed John Punko money. According to court documents, every time Adiwal would set up a time and place to pay him back, the police would show up coincidentally. So Peter Adiwal was supplied by John Punko, owed him money and ripped him off. That's kinda what I mean about not being very credible.