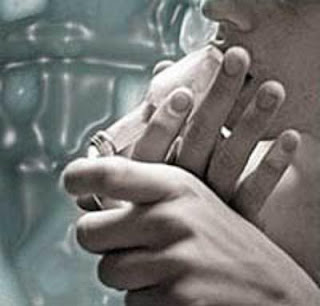 Another reader just sent this one in. A former Brantford, Ont., cop who was caught on police video smoking crack cocaine and snorting Oxycontin in his cruiser is fighting to get his job back or secure a financial settlement from the service.

Jeffrey Servos was a Brantford cop for six years. In 2009, he pleaded guilty to one count of possessing cocaine and was also hit with 16 Police Services Act charges.

He resigned from the force that year after a series of plea bargains rather than serve three months in jail. The police act charges were withdrawn after he resigned.

In March, Servos filed a complaint to the Ontario Human Rights Tribunal alleging "discrimination in employment on the basis of disability."

Servos claims a doctor told him "his employer (Brantford police) had failed in its duty to accommodate his drug-related disability" and there may be grounds for getting his job back or a financial settlement.

Wow. I had no idea it was that easy. Just start smoking crack and you can go on disability. What a broad precedent. No one will ever have to work again. He was also part of the methadone program and was investigated for shooting at a stolen van.